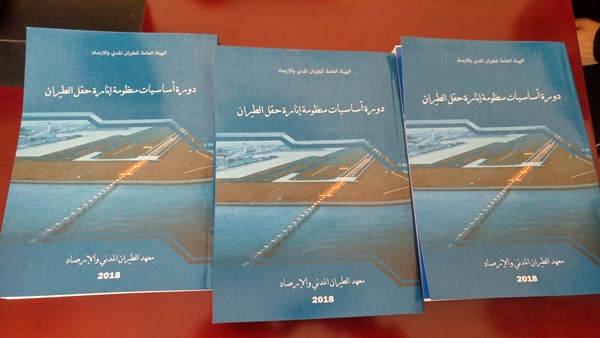 Directorate General of Planning and Projects organized a ceremony on the occasion of completing the preparation of the training package titled "Airfield lighting Basics" that was prepared by the CAMA's engineers, trainers of Civil Aviation & Meteorology Institute (CAMI) and Sana'a

During the ceremony, the Chairman of CAMA praised the efforts of all the team's members who participate in the preparation of the training package being the first package prepared by the cadres of CAMA and in accordance with the international standards and requirements issued by the International Civil Aviation Organization (ICAO).

The event was attended by Directors General in CAMA, Director General of CAMI and a number of employees.