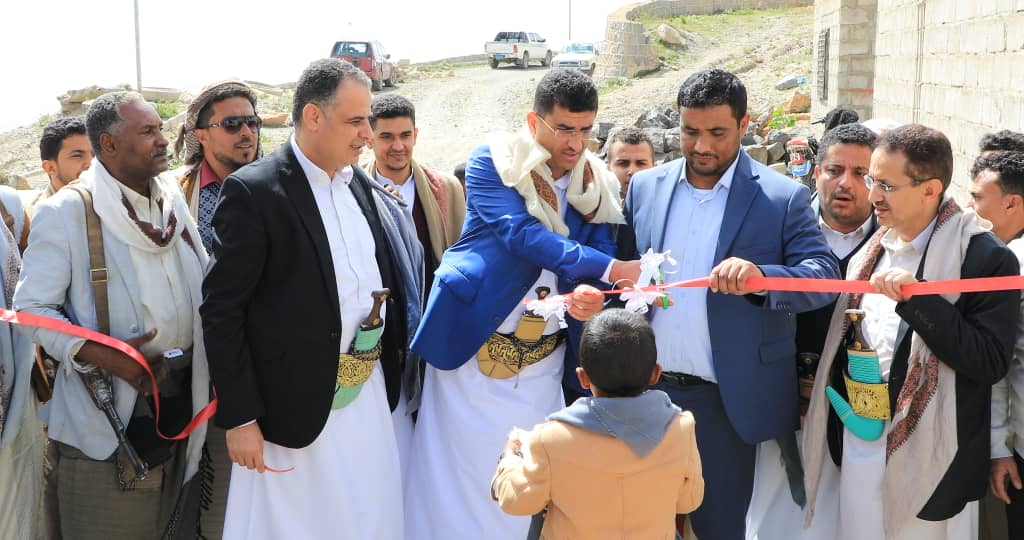 The Deputy Prime Minister for Economic Affairs - Minister of Finance- Dr. Rashid Abboud Abu Lahoum, and the Governor of Hajjah- Hilal Al-Soufi inaugurated on 18th January 2023 the meteorological station in the governorate.

The Deputy Prime Minister and Governor Al-Soufi, accompanied by the member of the House of Representatives- Dr. Ahmed Nassar, the Chairman of the Board of Directors of the Yemeni News Agency, Saba- Nasr Al-Din Amer, the Chairman of the Rural Water Projects Authority- Adel Bader, the Deputy Chairman of the Civil Aviation and Meteorology Authority- Raed Jabal, and the Director of the Meteorological Sector of CAMA- Dr. Hadi Khairan, were briefed on the contents of the station and its role in serving the development of the province.

They also listened to an explanation about the tasks of the manual weather observation station, which consists of temperature, humidity, atmospheric pressure, wind, precipitation and clouds monitoring devices, as well as the tasks of the automatic station in monitoring weather elements.

During the inauguration, the Deputy Prime Minister and Minister of Finance praised the role of the Civil Aviation and Meteorology Authority and the efforts exerted to develop and modernize the National Meteorological Center.

While the governor, Al-Soufi, indicated the importance of the opening of the meteorological station in serving the development of the governorate.

In turn, the Deputy Chairman of CAMA stressed on the interest in developing the National Center of Meteorology within the plans and programs of the Authority, so that it can work around the clock. He also pointed out to the importance of the meteorological sector and the services it provides in tracking the weather and climate changes.

After that, the Civil Aviation and Meteorology Authority honored the governor of Hajjah, and the Secretary General of the local council in the governorate- Ismail Al-Muhayim, with the authority’s shields for their role in supporting the efforts to establish the station, and the observer- Akram Shaaban was also honored.