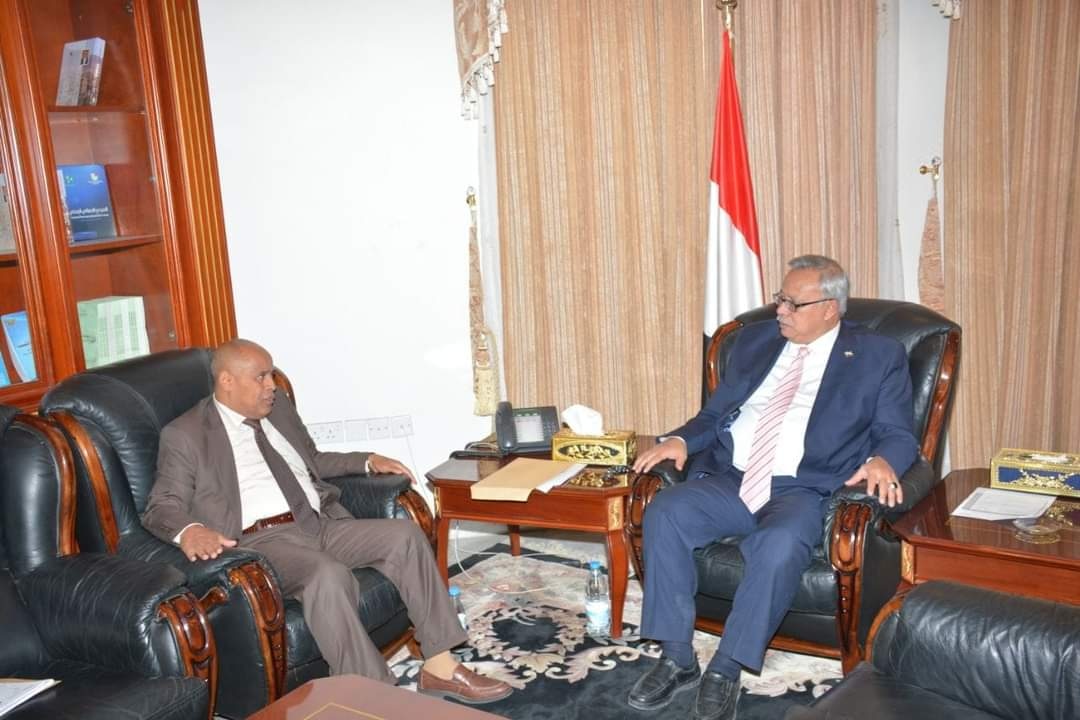 The Prime Minister- Dr. Abdulaziz Saleh bin Habtoor, praised the qualitative and impartial professional performance of the Civil Aviation and Meteorology Authority  at the national and international levels.

During his meeting with the Chairman of the Authority- Dr. Mohammed Abdulkader, the Prime Minister praised the distinguished cumulative experiences that the Authority abounds with, which represented the most important factor in the success of the Authority and its efficient management of this vital field in its domestic and international dimensions.

The Prime Minister listened to an explanation from the Chairman of the authority, on the progress of its activities and development plans for this sector, in the forefront of what is related to its main role in rehabilitating Sana'a International Airport and its runway, and making it ready to receive commercial and humanitarian aircraft around the clock.

He also pointed to the authority's efforts in facing the challenges related to the current exceptional circumstance and its repercussions, and enhancing the level of the authority's general performance in carrying out its tasks, duties and fulfilling its basic and urgent obligations.