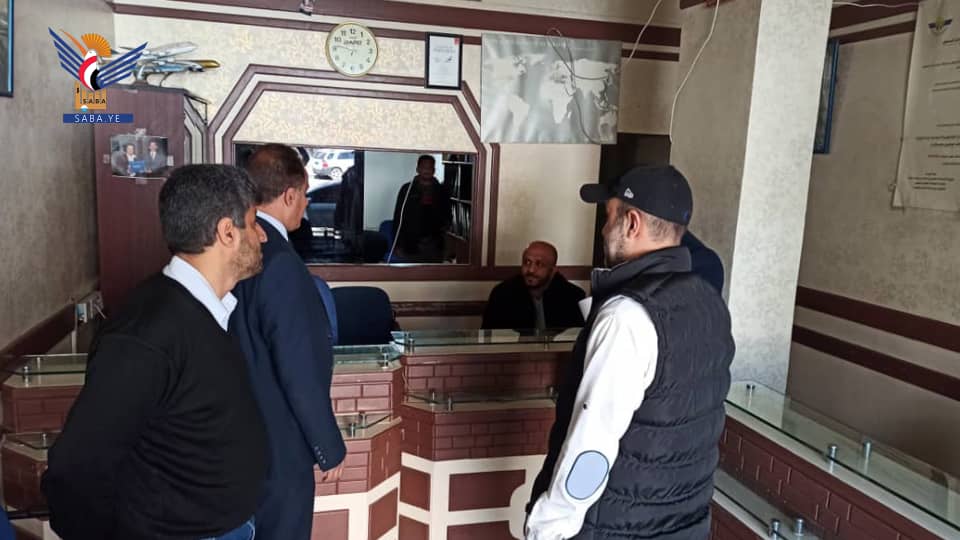 The Civil Aviation and Meteorology Authority carried out a field visit on 31st December 2023 to travel and tourism agencies in Sana'a to ensure their compliance with the necessary legal controls and procedures and to close the violating agencies that do not meet the conditions for opening travel agencies.

The Director General of Air Transport at the authority- Dr. Mazen Ghanem, stated that the field visit targeted travel agencies operating in the capital Sana’a as a first stage, followed by the rest of the governorates, as planned, with the aim of improving the travel agency market and evaluating the agencies and their commitment to the controls and procedures necessary to carry out their business.

He said,: "After this disembarkation, all the agencies that are not licensed by the Authority, and in violation of civil aviation laws, and to which the conditions for practicing this activity do not apply, will be closed."

Ghanem also stated that this inspection aims to protect the public of travelers and airlines from the agencies that are operating illegally.

He called on the citizens not to deal with any agency that does not have a license to practice work from the authority, by making sure of the clear license that must be sticked in front of him inside the agency.

The Director General of Air Transport also called on citizens, in the event that they are exposed to any fraud or manipulation by any travel agency, to go directly to the Civil Aviation and Meteorology Authority or to communicate through its official website:

To take the necessary measures against those agencies, pointing out that the authority has given the agencies three months to rectify their situation.