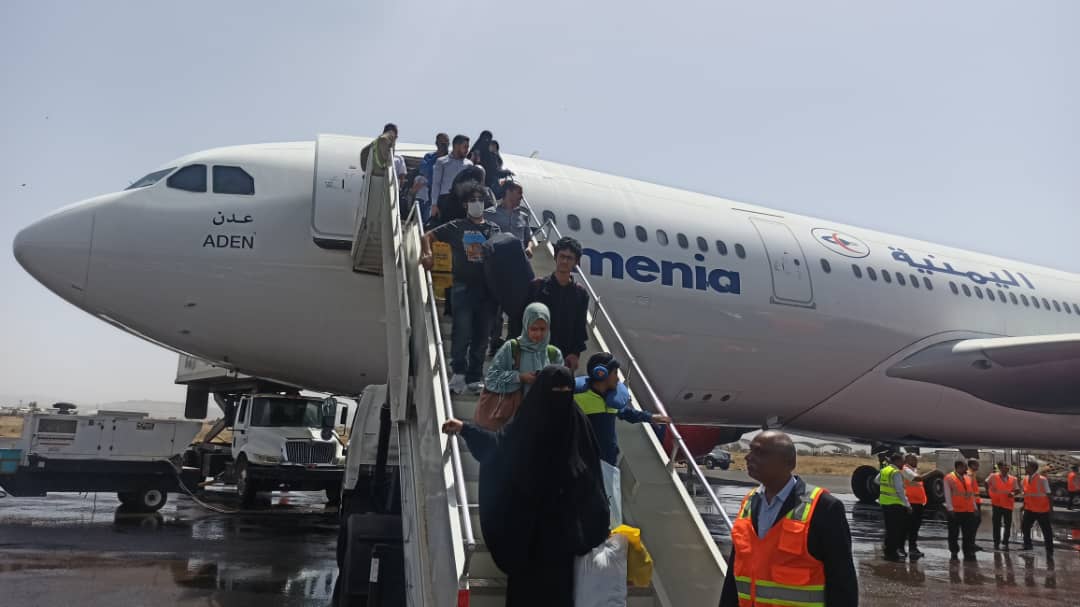 On 25th May 2022, the second civil commercial flight of Yemen Airways, coming from the Hashemite Kingdom of Jordan, arrived at Sana'a International Airport with 60 passengers on board.

The Airbus 330 aircraft was provided with all the air and ground navigation services in accordance with the international conditions applicable at the  international airports.

The Deputy Chairman of CAMA- Raed Jabal told the Yemeni News Agency (Saba) that the upcoming flight from the Jordanian capital, Amman, to Sanaa is the second out of 16 flights within the humanitarian truce announced by the United Nations.

He also called on the United Nations to double the flights according to the provisions of the humanitarian truce for the benefit of the citizens in general and patients in particular.

He praised the efforts made by Sana'a airport employees for the arriving and departing passengers to and from the airport, which contribute to the security and safety of civil aviation in accordance with the international requirements and the International Civil Aviation Organization (ICAO).

Upon their arrival, the passengers expressed their thanks and appreciation to those who contributed and worked to resume the flights to Sana'a International Airport, considering Sana'a Airport to be the Yemen's safe gateway for all the Yemeni passengers.

They were received by the Deputy Chairman of CAMA- Raed Jabal, the Acting Chairman of Yemeni Airway- Abdul Malik Mutahar, the CAMA’s Assistant Deputy Chairman for the Security and Safety Sector- Dr. Abdul Hamid Abu Talib, and the Director General of Sana'a Airport- Khaled Al-Shayef