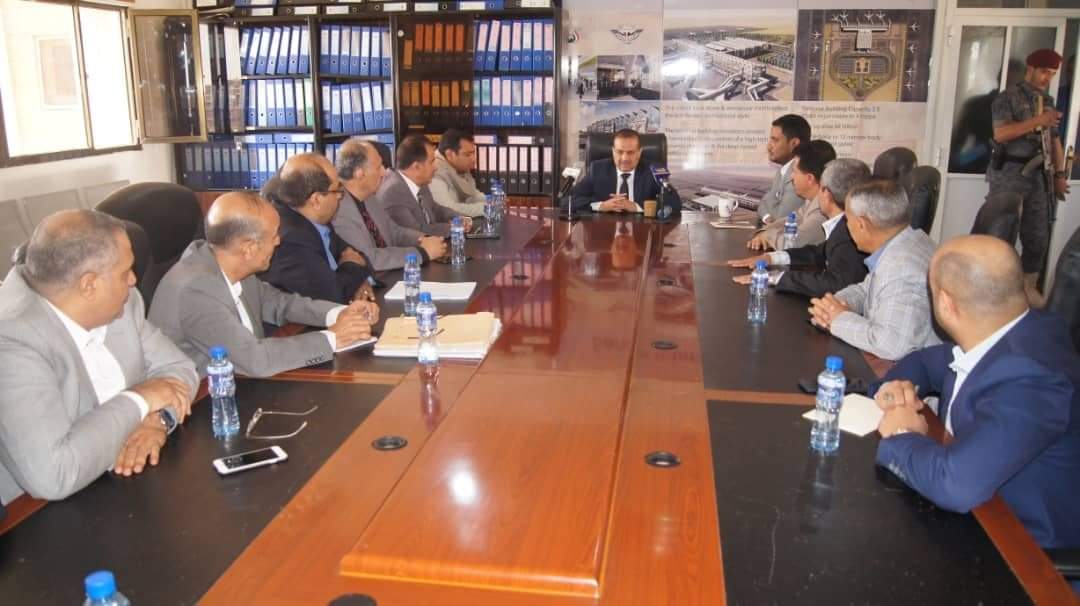 The Minister of Transport- Abdel Wahab Al-Durra stressed on the need to develop and update CAMA for its work programs, especially the international accompaniment in the field of civil aviation in accordance with the international conditions of the International Civil Aviation Organization (ICAO).

The Minister of Transport, in the meeting held today on 11th of May 2022 with the leaders of the authority, praised the professional achievements of the CAMA and its different sectors during the past period, and its well-deserved obtaining of the international quality certificate ISO 9001:2015 by applying the quality management system after auditing it by the "Sustainable Management Group - SMG - Canada". .

He also considered Yemen's obtaining the ISO certificate as a great achievement in the field of civil aviation despite the circumstances of the aggression and the siege, congratulating the leadership of CAMA and its employees for this professional and technical achievement that proves the professionalism of the work of CAMA and its sectors.

Meanwhile, he affirmed the ministry's readiness to provide support, facilitate solving thevproblems and overcoming the challenges faced by CAMA, in order to enable it to provide air navigation services in the interest of the country and the citizen.

Al-Durra noted the need for technical and professional cooperation and coordination in the field of civil aviation and meteorology, in order to enhance the quality of the services provided by CAMA to ensure the security and safety of the international aviation overflying the Yemeni airspace and at airports in accordance with international requirements and conditions.

Minister Al-Durra listened from CAMA’s Deputy Chairman- Raed Jabal, to an explanation of the nature of the CAMA’s work and its different sectors, and the services it provides in the field of civil aviation at the local and international levels; pointing out that CAMA works with complete professionalism and impartiality away from politics and provides air navigation services with qualified Yemeni cadres having technical and professional qualification.

Jabal also referred to the services provided by CAMA and its various sectors in the field of air navigation, aviation security and safety, and meteorology, pointing to the projects that have been executed, are these that are under execution and stalled.

The meeting discussed the mechanism for developing the work of CAMA and its various sectors, the problems and challenges facing CAMA's work, and the systematic destruction of all airports' infrastructure, devices and equipment of importance in the field of civil aviation and meteorology.