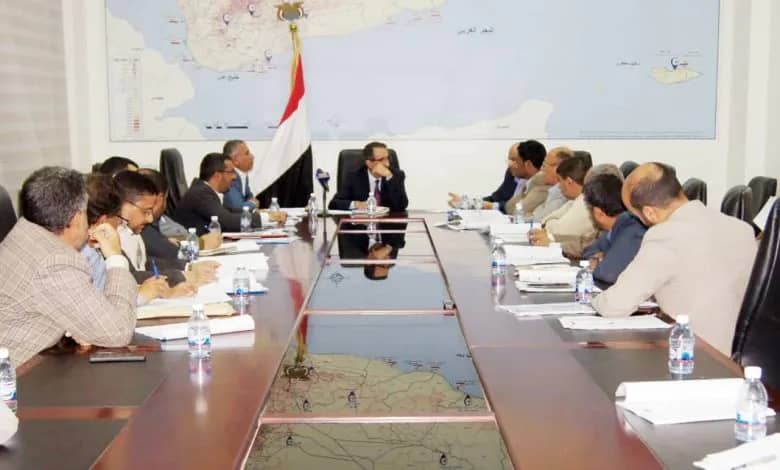 The Deputy Prime Minister for Defense and Security Affairs, Chairman of the Main Technical Committee of Preserving the Lands and Parameter of Sanaa Airport- Lieutenant-General/ Jalal Al-Ruwaishan stressed the need to preserve the Sanaa International Airport Parameter from any attacks. At the first meeting of the Technical Committee that was conducted on 20th March 2022, Al-Ruwaishan pointed out to the importance of everyone to hold the responsibility and working to develop effective solutions, both in their areas of competence, and to come up with clear visions and work with them to preserve the airport’s lands and Parameters.

In turn, the Minister of Transport, Deputy Chairman of the Committee- Amer Al-Marani, reviewed the field visit report for the Sana’a International Airport Parameter and the project of the executive mechanism. He also indicated that the draft of the executive mechanism had been prepared based on the site visit report on preserving the lands and parameter of Sana’a Airport and the requirements guaranteeing the technical operation and future expansion of the airport.

He also pointed out that the executive mechanism was developed according to a well-studied basis from the ground which is including with it the appropriate solutions to preserve the lands and parameter of the airport. He referred to the importance of the cooperation of the different stakeholders and related authorities in the committee, for the success of the mechanism.

The Committee in its meeting, in the presence of the Deputy Minister of Justice- Dr. Ismail Al-Wazir, Assistant Minister of Defense for Human Resources- Major General/ Ali Al-Kohlani, and Chairman of the General Land, Survey and Urban Planning Authority- Dr. Hashem Al-Shami, approved the formation of four committees, including the Fencing Project Execution Committee, and the Committee for Receiving Complaints and Redressing the Affected, the Committee for the Implementation of Neighborhood Units and Streets Building in the vicinity of the Airport, and the Committee for Monitoring Obstacles in the vicinity of the Airport.

The meeting also discussed the committee's work mechanism, the tasks of each party, the nomination of members of the committees from the relevant authorities, the plan to build a fence surrounding Sana'a Airport and resolving any problems in this regard. The committee reviewed the reports submitted by the Deputy Minister of Justice and the Head of the Land Authority, on the land problems and the Sana'a Airport's campus.