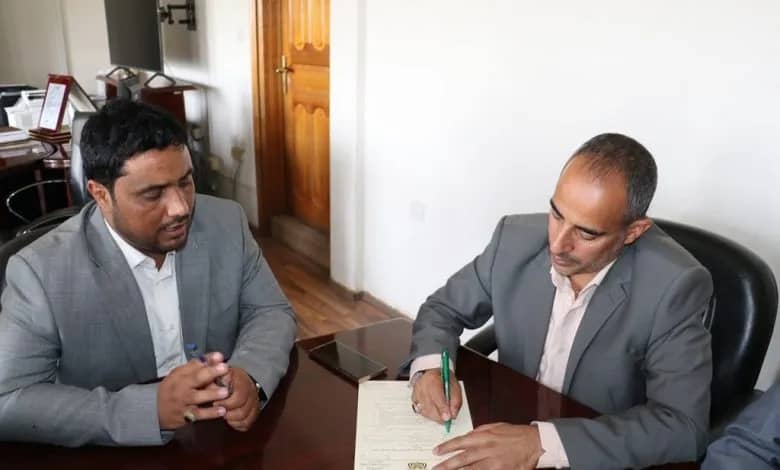 A cooperation agreement was signed in Sana'a on 19th March between the General Authority for Regulating Land Transport Affairs and the Civil Aviation and Meteorology Authority (CAMA) to participate in the "Takafulon" Symbiotic Initiative for free transport by providing 10 buses for free transport.

The agreement, which was signed by the Chairman of the Land Transport Regulatory Authority- Walid Al-Waadi, and the Deputy Chairman of CAMA- Raed Talib, included the provision and coverage of the costs of 10 buses transporting citizens on the routes that will be determined by both parties to facilitate the movement of students and employees of the government institutions in the densely populated areas.

Al-Wadai’i praised the official and societal interaction in the success of the initiative to reduce the burdens on the citizens and university students and to consolidate the public and community awareness of the importance of sensing responsibility before God and interacting with the directives of the revolutionary leadership and the Supreme Political Council in consolidating the values ​​of cooperation and social solidarity.

Meanwhile, the Deputy Chairman of CAMA stressed that such initiative comes within the framework of promoting social solidarity. He also pointed out that the Civil Aviation Authority will continue to provide more support for such initiative, according to the available capabilities