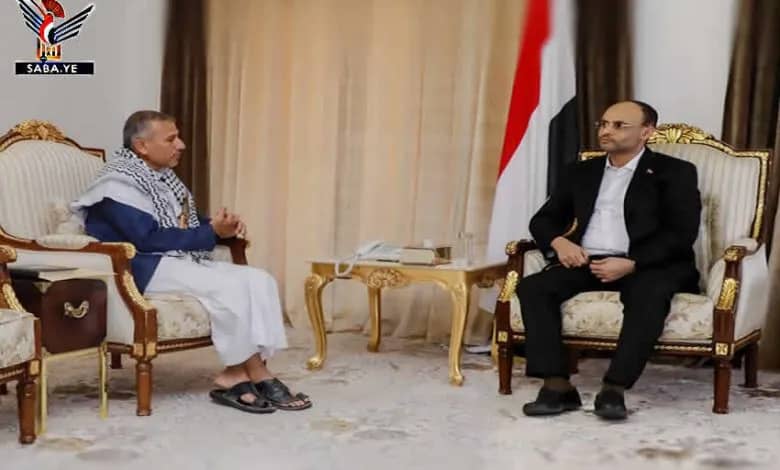 His Excellency Marshal/ Mahdi Al-Mashat, President of the Supreme Political Council, discussed on 19th February 2022 with the Minister of Transport- Amer Al-Marani the repercussions of the continued aggression and siege on the performance of the transport sectors.

The meeting also addressed the progress of work in the Ministry and its affiliated authorities and corporations, as well as its plans and projects for the year 2022 to develop the various transport sectors.

The meeting dealt with the humanitarian repercussions resulting from the continued closure of Sana'a International Airport by the US-Saudi-Emirati aggression coalition and preventing patients from traveling for treatment abroad, which led to the death of tens of thousands of them.

The difficulties facing the transportation sectors as a result of the detention of oil derivatives ships by the US-led  aggression coalition were also discussed.

Meanwhile, the President- Al-Mashat praised the successes that were achieved by the ministry and its affiliated authorities, the latest of which was the Authority of Civil Aviation and Meteorology's obtaining the international quality certificate in the field of civil aviation safety and security.

He also stressed on the importance of redoubling the efforts to develop the various fields of transport and work in a team spirit to meet the needs of citizens and alleviate their suffering.. Pointing out that the systematic targeting of the Yemeni airports and seaports is a flagrant violation of all the international laws and covenants.