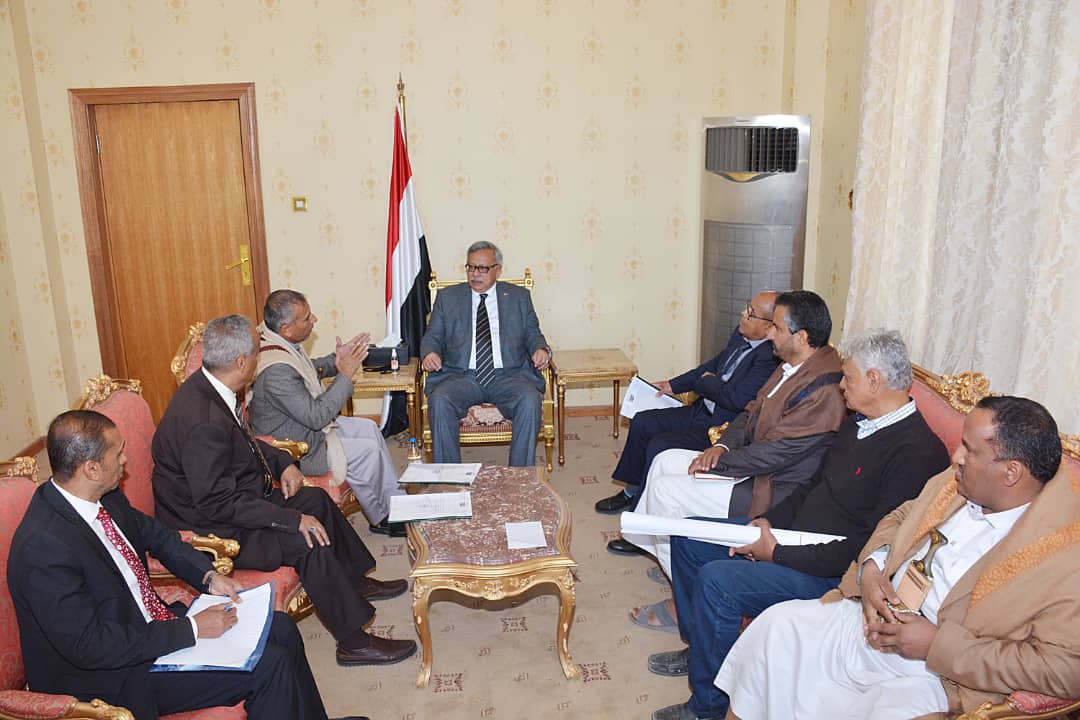 The Prime Minister- Dr. Abdulaziz Bin Habtoor praised the efforts of the Ministry of Transport, CAMA, and other relevant authorities in protecting the new Sanaa International Airport Parameter.

In the meantime, the Minister- Al-Marani briefed the Prime Minister on the latest developments related to the Sana'a International Airport Parameter and the problems arising from the random construction on the airport's parameter, and its direct obstruction to any development works during the coming period.

He also addressed the mechanism by which the Ministry and other relevant and competent authorities operate, which is an executive annex to the Cabinet Resolution No. 387 of year 2005 regarding defining the parameter of Sana'a Airport, and achieving the international standards and requirements of the International Civil Aviation Organization (ICAO).

The Minister of Transport pointed out that the ministry is working according to a future vision, whether in relation to the civil aviation sector or other transport sectors, stressing on the importance of the government's support for the efforts of the ministry and its subsidiaries, and its development projects.