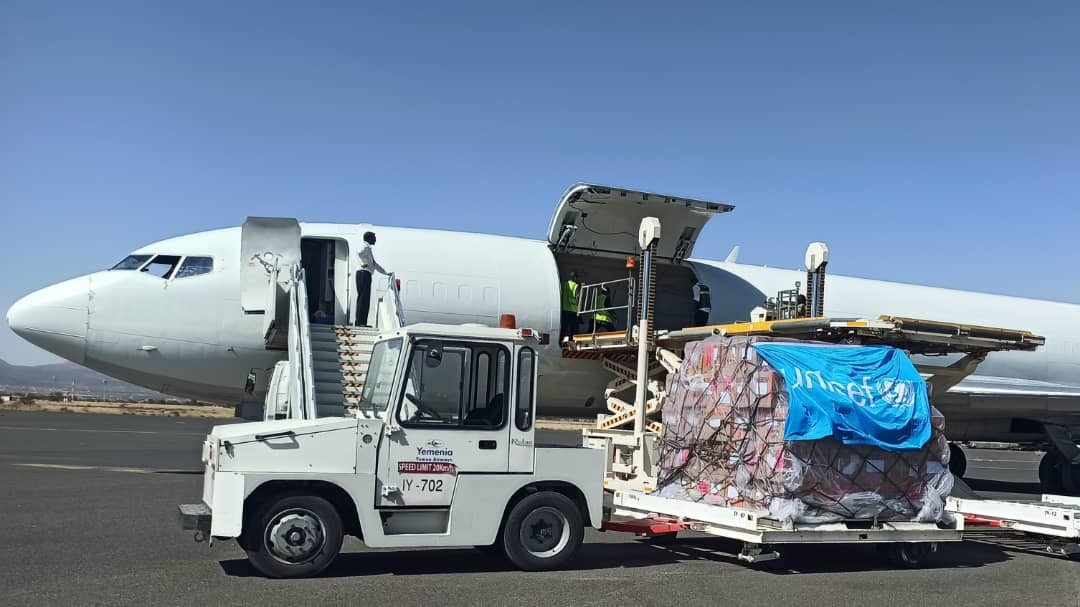 A cargo aircraft belonging to the United Nations Children's Fund "UNICEF" arrived at Sana'a International Airport on 29th December 2021, carrying vaccines for children under the age of ten.

The Director of Vaccines Department in the Immunization Program- Taha Al-Aqari, told the Yemeni News Agency (Saba) that the shipment contains 476,250 vials of the TOPV vaccine against polio for children under ten years old.

The Boeing Type-727 cargo aircraft received all the air navigation services that are applied at the various international airports in accordance with the conditions and requirements of the International Civil Aviation Organization (ICAO).

In the meantime, the flight crew praised the level of ground handling and air navigation services provided by Sana'a International Airport, stressing the airport's technical and operational readiness.

It is considered the first relief cargo aircraft to arrive at Sanaa airport after the United Nations and International Humanitarian Organizations operating in Yemen resumed their flights to and from the airport since last Monday, after the tele-communications and air navigational systems were temporarily repaired as a result of their wear and the end of their lifespan.

It is worth noting that the aggression's coalition is still preventing the entry of the new and necessary tele-communications and air navigational systems to Sana’a Airport, which are currently in Djibouti, and the United Nations had committed to facilitate entering them several times and had provided guarantees to CAMA to ensure the security and safety of civil aviation for the United Nations flights arriving and departing Sana’a Airport.