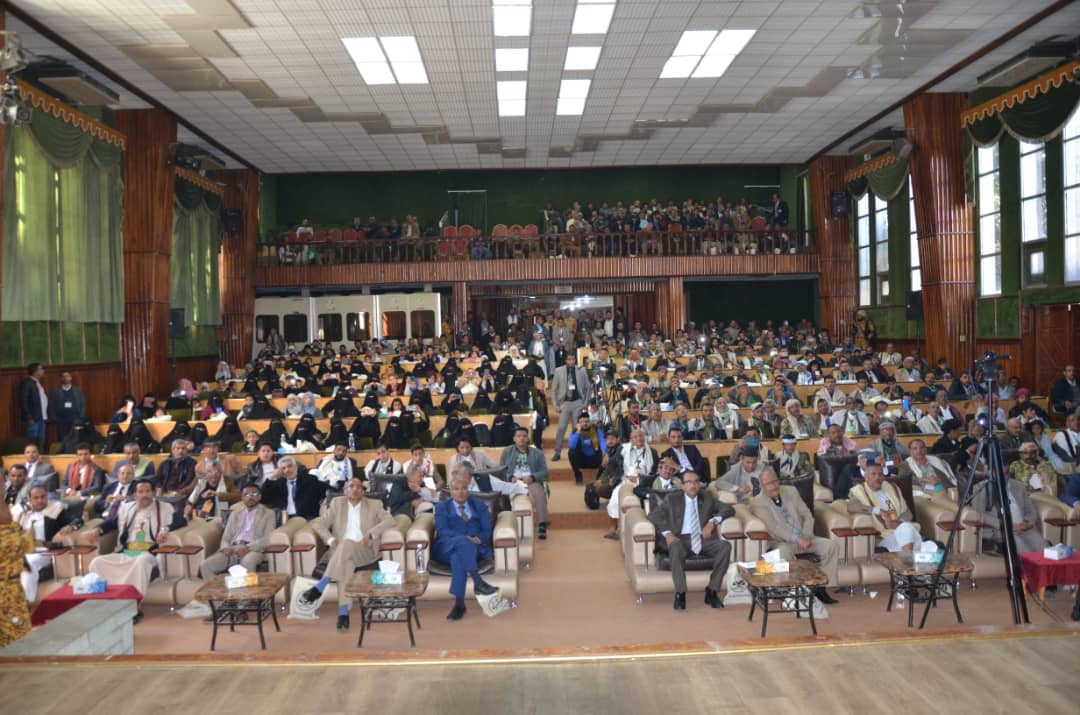 On 19th of December 2021, the Ministry of Transport and its affiliated corporations and authorities organized an event to commemorate the martyr's anniversary.

At the event, the Member of the Supreme Political Council- Mohammed Saleh Al-Nuaimi, confirmed that the martyrs sacrificed their lives in defense of the land, honor, sovereignty and dignity, led by the martyr President- Saleh Al-Sammad.

He pointed to the importance of commemorating the martyr's anniversary, to draw lessons and preachments from their sacrifices in the face of the forces of aggression. He also stressed the need to pay attention to the families of the martyrs, as this is the least duty towards those who gave their lives in defense of the homeland.

Al-Nuaimi pointed out that the sacrifices of the martyrs will remain immortal in the conscience of the Yemeni people, from which the generations will be inspired by the meanings of sacrifice and giving.

He affirmed the interest of the revolutionary leadership and the Supreme Political Council in the families of the martyrs sjowing loyalty and gratitude for the sacrifices they made.

At the event, which was attended by the Deputy Prime Minister for Security and Defense Affairs- Lieutenant-General/ Jalal Al-Ruwaishan, the Transport Ministe- Amer Al-Marani said: "No matter how much support we provide to the families of the martyrs, we will not deny the martyrs' right for the sake of honor and dignity."

He also stressed that the memory of the martyr is an occasion to draw inspiration from their doughty deeds and the heroic epics they wrote so that the country would enjoy freedom and independence. And he indicated that the steadfastness of the Yemeni people thwarted all the military, political, economic and social plans of the aggression.

Meanwhile, the Minister of Transport considered the martyr's memory as an occasion to evoke the heroic epics that the martyrs carried out on the various battle fronts, which resulted in glory and victory for the Yemeni people.

At the meantime, the speech of the martyrs' families that was delivered by Tariq Handhal confirmed the continuation of the path of the martyrs until the defeat of the invaders and occupiers from the entire soil of the country.

The event, which was attended by the Deputy Minister of Culture- Mohammed Haidara, Deputy Minister of Expatriate Affairs- Zayed Al-Riyami, Deputies of the Ministry of Transport and Chairmen of its affiliated authorities, included a presentation, chanting and poetic sketches, and honoring the families and sons of the martyrs of the ministry.