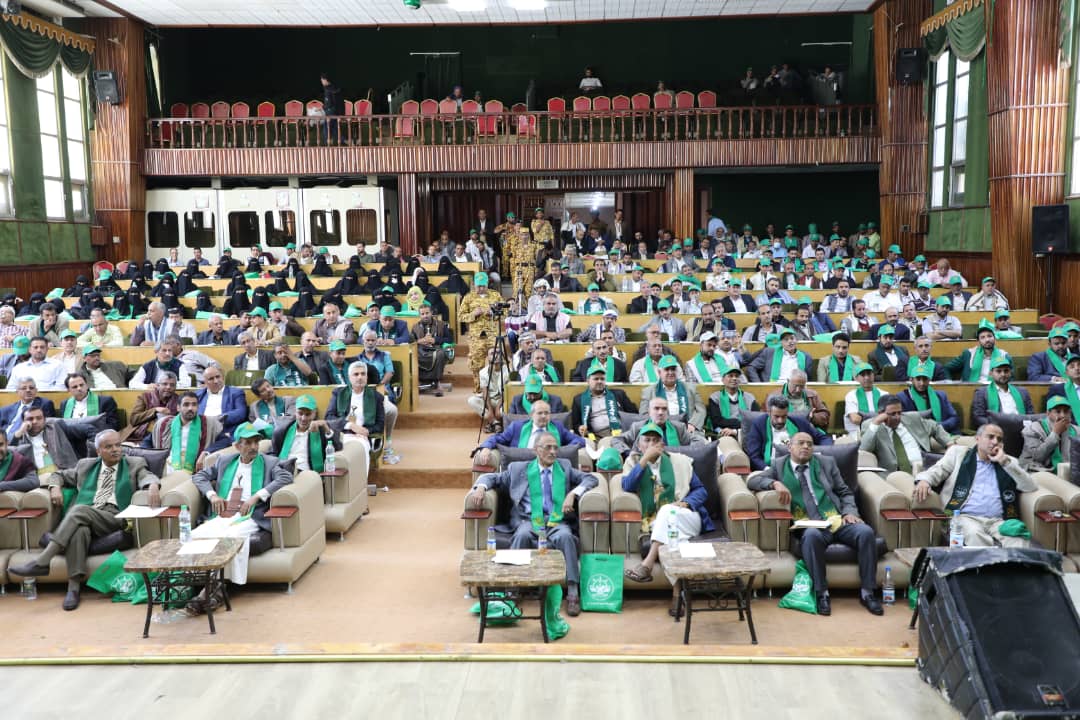 On 12th of October 2021, the Ministry of Transport and its affiliated authorities and corporations held a festival event to commemorate the Prophet’s birthday. In the event, which was attended by the Minister of Fisheries- Dr. Mohammed Al-Zubayri, the Deputy Ministers of the Ministry of Transport and Chairmen of its affiliated authorities and corporations, the Minister of Transport- Amer Al-Marani indicated that celebrating this occasion strengthens the connection with the Greatest Messenger and renews loyalty to those whom God sent as a mercy to the worlds.

He stressed that the Yemeni people celebrate this occasion to deliver a message to the world, at the forefront is the aggression coalition, of the Yemenis' adherence to the final prophet, his approach and his fragrant biography.. He also said: "Our celebration of the Prophet's birthday is a source of pride and honor that leads to victory over the forces of tyranny." He pointed to the nation's need to follow the morals and values ​​of the Prophet in all matters of life, which the arrogant forces sought to obliterate by all means.. He praised the victories that the heroes of the army, the popular committees, had on the different fronts, and the killing of the enemies and mercenaries.

In the meantime, the Minister of Transport called for mobilization and active participation in the central event, in a manner befitting the status of the Prophet, may God bless him and his family and grant them peace, in the hearts and conscience of Yemenis. Meanwhile, the Minister of Fisheries considered the commemoration of the Prophet’s birthday as a station to review the evaluation and assessment on the commitment of following the path of the Prophet, peace and blessings be upon him. And he indicated that Yemenis have been celebrating the occasion, since the dawn of Islam, in adherence to the approach followed by the Prophet of Humanity, whom God sent as a mercy to the worlds.

In turn, the member of the Yemen Religion Scholars Association- Khaled Musa, reviewed the biography of the beloved Muhammad, may God bless him and his family, his dealings and morals. He also pointed out that the festival manifestations on this occasion came in reverence and esteem for the most honorable of creation, Mohammed bin Abdullah, whom God raised his remembrance and established the argument over his creation.