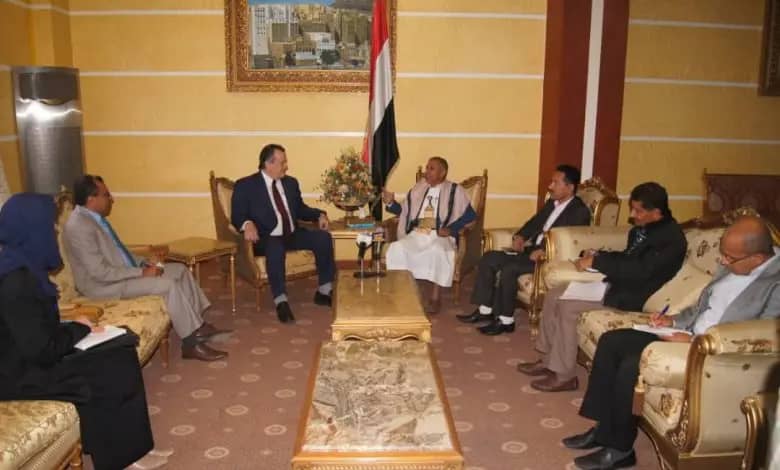 The Minister of Transport- Amer Al-Marani reviewed on 6th October 2021 with the United Nations Humanitarian Coordinator for Yemen- William David Grisley, the catastrophic repercussions of the closure of Sana'a International Airport. The meeting, which was attended by the Director of Sanaa Airport- Khaled Al-Shaef, and the head of the technical office at the Ministry of Transport- Abdul Karim Saleh, touched on the suffering of patients due to the blockade  and the closure of the airport and the scarcity of necessary medicines that come by air.

The meeting also addressed the risks that patients are exposed to during their travel through the airports of Aden and Sayun, due to the closure of Sana'a airport. The meeting reviewed the technical aspects of Sana'a International Airport and its operational readiness to receive civil flights.

He said: "There must be an active role for the United Nations in lifting the blockade imposed on Sanaa airport and the Hodeidah seaport, and allowing the entry of ships of medicine, foodstuffs and oil derivatives." The Minister of Transport affirmed that the aggression coalition is practicing maritime piracy on fuel and food ships, in flagrant violation of all international laws and agreements.

In turn, the United Nations Coordinator for Humanitarian Affairs confirmed that everything would be done to lift the blockade imposed on Sanaa International Airport and the Hodeidah seaport, as this isdue falls in the service of the humanitarian work.