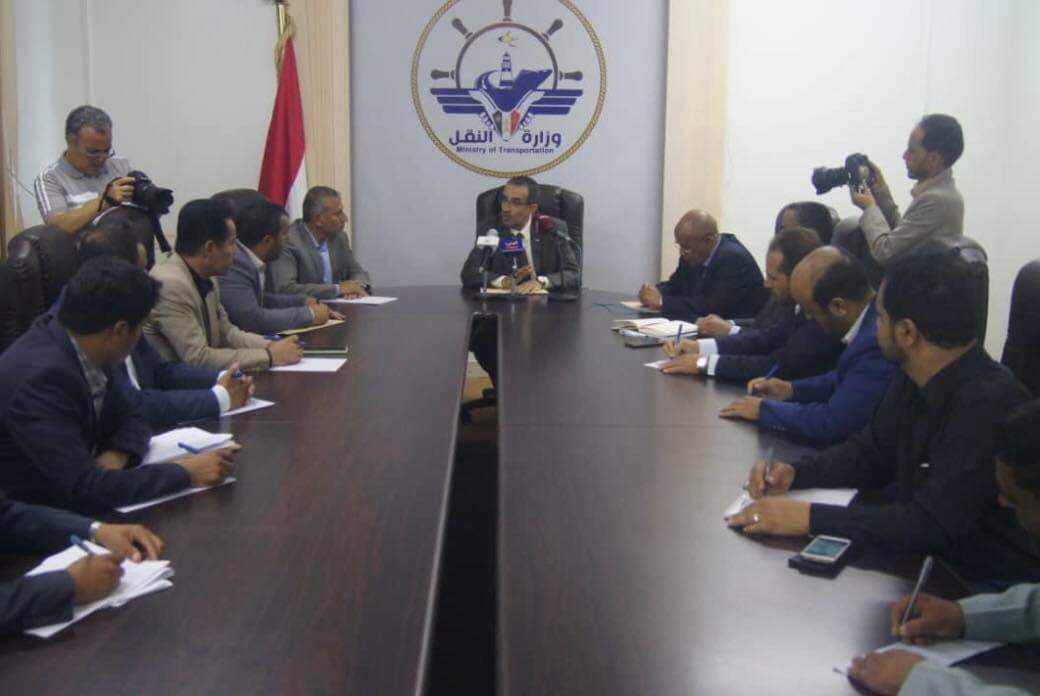 A meeting was held in Sana'a on 26th June 2021, chaired by the Deputy Prime Minister for Defense and Security Affairs, Lieutenant-General/ Jalal Al-Ruwaishan, discussed the readiness of Sana'a International Airport to receive civilian flights, in case the blockade is lifted. The meeting, which included the Minister of Transport- Amer Al-Marani, Chairman of CAMA- Dr. Mohammad Abdulkader, Director of Sana'a Airport- Khaled Al-Shayef and the Advisor to the Ministry of Transport-  Mohammad Al-Sharif, reviewed the airport's operational, technical, security and navigational readiness in accordance with international requirements and conditions of the International Civil Aviation Organization (ICAO).The Deputy Prime Minister for Defense and Security Affairs affirmed the commitment of the Supreme Political Council and the National Salvation Government to all the international conditions and standards related to the airport's safety and security. He also pointed out that the opening of Sana'a International Airport is a purely humanitarian aspect, and it cannot in any way be linked to the military, security and political aspects. Al-Ruwaishan called on the international community to put pressure on the aggression coalition to rapidly lift the blockade on Sana'a International Airport, because the closure of the airport is inconsistent with all the international norms, charters and conventions. Meanwhile, he pointed to the suffering of the Yemeni people as a result of the closure of Sana'a Airport, especially patients, students, businessmen and expatriates.  For his part, the Minister of Transport stressed that all means of transportation are linked to the humanitarian aspect as they are the basic services that meet the needs of citizens. He also pointed out that the closure of Sana'a airport has worsen the human suffering of the Yemeni people, stressing that the international charters, conventions and treaties and the ICAO's Chicago Convention, ensure the right of movement and travel for all the citizens, even in wars.  The Minister of Transport indicated that the aggression coalition had disregarded all laws and agreements, in light of the silence of the international community. In the meantime, the Chairman of CAMA reiterated that Sana'a Airport is ready to receive all the civil and commercial flights and has the operational and technical readiness in accordance with the international standards applicable in the international airports.He also stressed that CAMA works impartially and provides its services in the fields of civil aviation and air navigation in accordance with the international conditions and requirements.