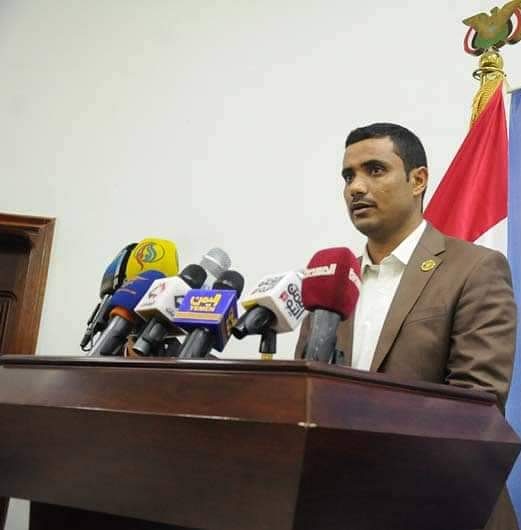 The Deputy Chairman of CAMA- Raed Jabal stressed that the aggression coalition led by Saudi Arabia continues imposing the full blockade on the airports of Yemen. He pointed out in a press statement to Yemen News Agency (Sheba) on 15th June 2021 that the aggression coalition countries sought to paralyze the air navigation movement in the airports of Yemen of which Sana’a International Airport since 26th march 2015.

He said: “against such criminal offence, CAMA is carrying out on a continuous basis the necessary procedures which ensures the air traffic safety within the frame of ICAO”. He added that among these procedures were the pilots NOTAM that is published by CAMA every three months confirming that the airports of the Republic are opened in front of the commercial and UN flights except Taiz and Hodeida airports which were completely destroyed by the aggression. The last NOTAM published by CAMA was on 11th April 2021.

Jabal also stressed that CAMA didn’t announce and closure of any airports of the Republic including Sana’a airport except for Taiz and Hodeida airports as a result of destroying them by the air raids of the aggression coalition which exited them out of technical readiness. He pointed out that the aggression coalition led by Saudi Arabia is imposing the blockade and closing the airports striking against the wall all the international laws, conventions, treaties and rules including Chicago Convention which states on the none closure of airports in the wars.

Meanwhile, he said: “CAMA denies any relation to it with regards to what has been dealt with about the announcement of opening Sana’a airport or other airports of the Republic”. The Deputy Chairman renewed the demand of expediting the opening of Sana’a airport in front of all the flights without and restriction or condition. He added: “the demand of opening the airport is still persistence and announcing either its opening or not is pledged by lifting the blockade that is imposed by the aggression forces on the airport which represents the main artery of the Yemeni people and the first gate of the Republic of Yemen”.