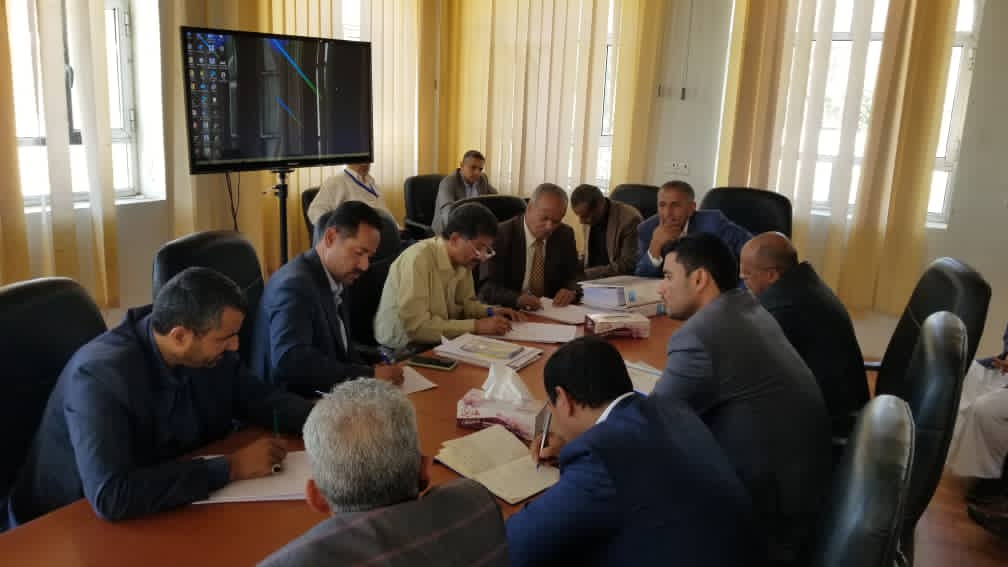 The Minister of Transport- Amer Al-Marani warned of the consequences of random illegal buildings and construction in the campus and lands of Sanaa International Airport which are impeding its development plans and upgrading its navigational services. In a meeting held on 2nd June 2021 at Sana'a International Airport, the Minister of Transport referred to the repeated attacks on the airport's lands and boundaries, calling on the concerned authorities to cooperate with the CAMA to prevent such illegal buildings and provide the necessary protection for the airport's lands and campuses.

The meeting, in the presence of the Deputy of the Ministry of Transport for Air Transport Sector- Abdullah Al-Ansi, the Chairman of CAMA- Dr. Mohammed Abdulkader, the Deputy Chairman of CAMA- Raed Jabal, the Assistant Deputy Chairman for Airports Sector- Yahya Al-Kohlani, and the Director General of Sana’a International Airport- Khaled Al-Shayef, discussed the necessary measures to be taken to prevent random construction on the campus of Sana’a Airport. and the requirements for planning the surrounding areas and the roads leading to it.

The meeting came out with an agreement to prepare a matrix that includes an update of the airport layouts to prevent the problems of random urban extension and circulate it to the concerned authorities in the country.