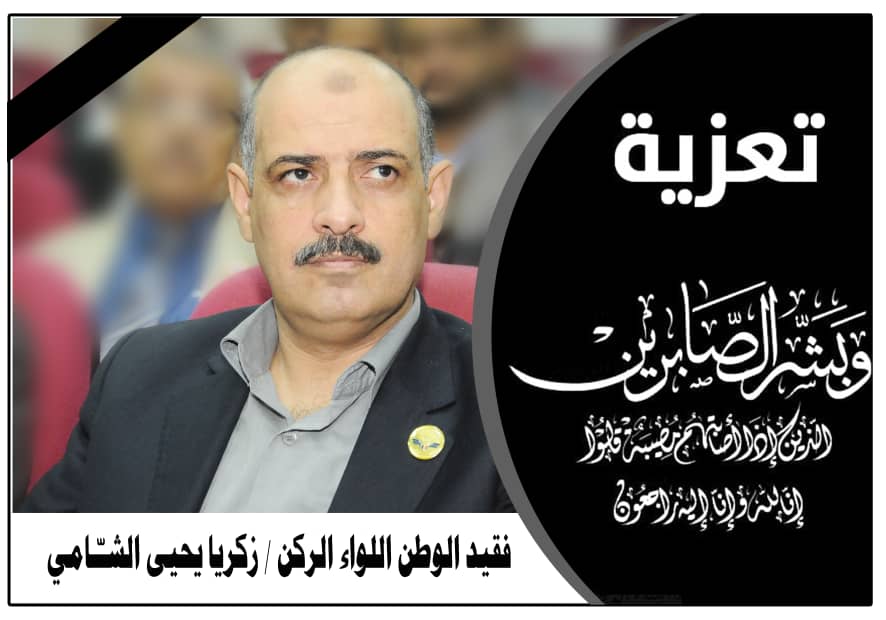 The Ministry of Transport and its affiliated authorities and corporations mourned the Homeland’s decedent- Minister of Transport- Zakaria Al-Shami who died on 21st March 2021 as a result of a chronic disease at the age of 48 years, after a life full of giving in the service of the country.
In the obituary statement, they praised the march of the Homeland’s decedent, which was full of giving and struggle against colonial projects, external domination and the defense of Yemen, as he was one of the pillars of the national, military and political front in the face of the aggression.
The statement that the Ministry of Transport and its affiliated authorities and corporations had lost, with his death, a dignified and lofty political character and a first-class statesman, who was able in a short period to advance the transport sector under the aggression and blockade and thwart their plans to paralyze the transport in its different land, sea and air sectors.
The statement also pointed out that the deceased- Al-Shami, since the first time he was assigned to lead the Ministry of Transport, worked on developing the transport’s sectors at the various levels, exposing the aggression and exposing their lies and misleading ... pointing out that the deceased was an example of proficiency and integrity in his leadership of the Ministry and its affiliated authorities and corporations.
Meanwhile, the statement expressed the deepest condolences and sympathy to his father- Major General/ Yahya Al-Shami, the children of the deceased, his family, and all the employees of the Ministry of Transport and its affiliated authorities and corporations as a result of such affliction. We ask Allah Almighty to bestow him with mercy and forgiveness and to dwell him in His spacious paradise and inspire his family, relatives and colleagues with patience and solace.
“We belong to Allah and to Him we shall return”…