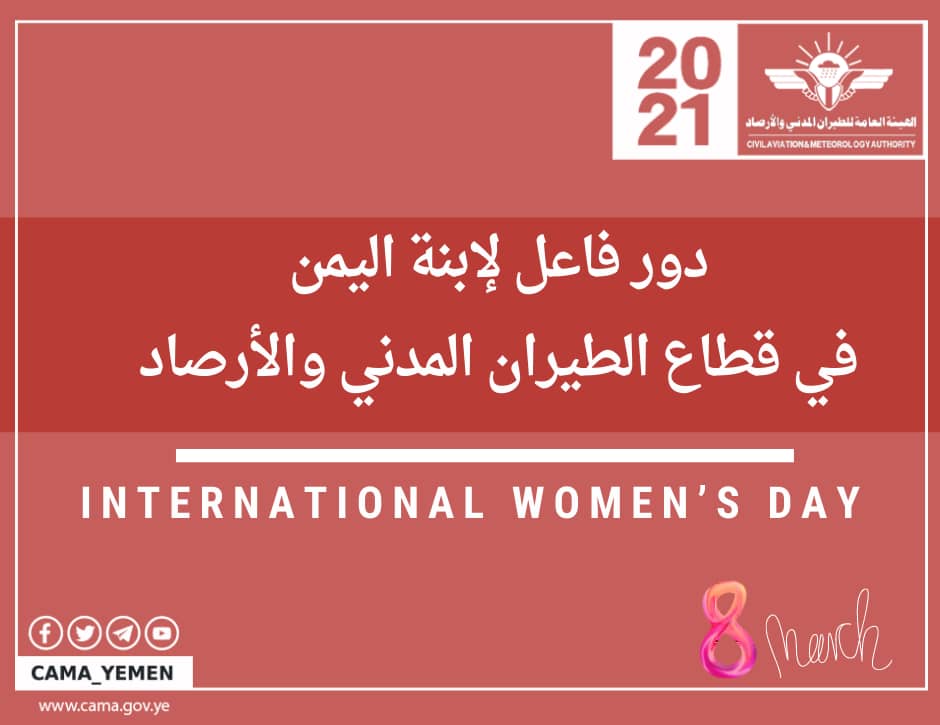 In different eras, women occupied a distinguished social, economic, political and religious position, and played an active role in the different affairs of life. They are not only an integral part of the societal fabric, but are considered the most important component of this society in all its spectrums.

Women in our country have had an important role in work and society, and they have a great impact on its renaissance and development. The Yemeni women have always proven their ability to achieve themselves at all levels, as they are distinguished by their ability to achieve success at all fields, where the Yemeni women achieved distinguished tangible accomplishments that had the greatest impact in enhancing their role and contribution to the development of society and its stability, and it became an effective force due to their efforts, achievements and the emergence of their star in all areas of life in which women have become a role model.

The daughter of Yemen had an important and pivotal role in the civil aviation sector, its growth and prosperity in our country through her work in all sectors and departments of CAMA until it assumed distinguished leadership positions. We at CAMA have women cadres who we are proud of and who were able to overcome the difficulties and challenges in all aspects of work. In addition, women became present with active role in all of their work, which strengthened their position in civil aviation and meteorology alongside with their brothers- the men.

Our celebration of the Women International Day which falls on March 8 of each year, is a celebration of an important human element in the field of work to celebrate her effective role within the civil aviation and meteorology system and the great skills and competencies she possesses which enable her to compete in all areas. She also has what is more important than that, which is love, loyalty, and belonging to the home country and to this vital and important sector.

From the standpoint of keenness for women to take a prominent role in the service and development of the nation, and to contribute to playing a vital important role in the future of civil aviation and meteorology through their work, the leadership of CAMA, represented by Dr. Mohammed Abdulkader- Chairman of CAMA and Mr. Raed Jabal - the Deputy Chairman of CAMA - called for strengthening the role of women and enabling them to work in the civil aviation and meteorology sector at various job levels, believing in their role in the development and promotion of work, its growth and prosperity in the various fields of the authority, most notably: Air traffic control, architectural and civil engineering, as well as financial, administrative and legal aspects, air transport, aviation safety, information technology and others.

Greetings of appreciation and respect for women on their international day, which the world celebrates every year, in recognition of their great achievements and contributions in all aspects of life, and our appreciation for their role in society, its importance, and their efforts, such as the pioneering efforts in the field of work. She will remain at the forefront of the nation as a generous mother, a supportive wife, a dear sister, and a virtuous daughter who preserves the fabric of the Yemeni family from erosion, and as a productive working woman who is determined for the future, whose strength is derived from the combined efforts with her male brother.