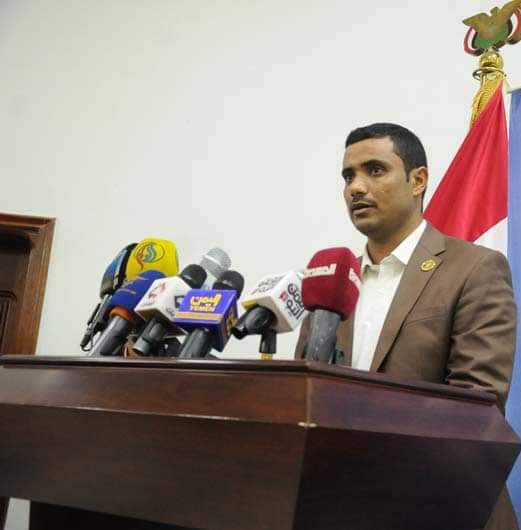 The Deputy Chairman of CAMA- Raed Jabal stressed that Sana’a International Airport is a civilian airport closed by the American- Saudi aggression coalition since August 2016 in front of all the civilian flights except the flights of the UN and organizations that belong to it. He also pointed out in a press statement to Yemen News Agency (Sheba) that the airport currently is receiving the UN and the humanitarian organizations flights that are working in Yemen and providing all the air navigational and ground handling services in accordance with the international requirements of the ICAO.
He said: “the UN and its employees are looking on a daily basis during their arrival and departure at the work mechanism in the airport which is in accordance with required safety standards under the continuous targeting by the aggression of the airport and its facilities”. He also drew the attention that the closure of the airport caused a humanitarian disaster by the witness of the UN and its international organizations themselves. He added: “the continuation of closing the airport by the aggression coalition is a war crime and a collective blockade on the Yemeni people causing immense health, humanitarian and social effects.
Meanwhile, he assumed full responsibility to the aggression coalition for the results of closing the airport and the continuation of targeting it directly.