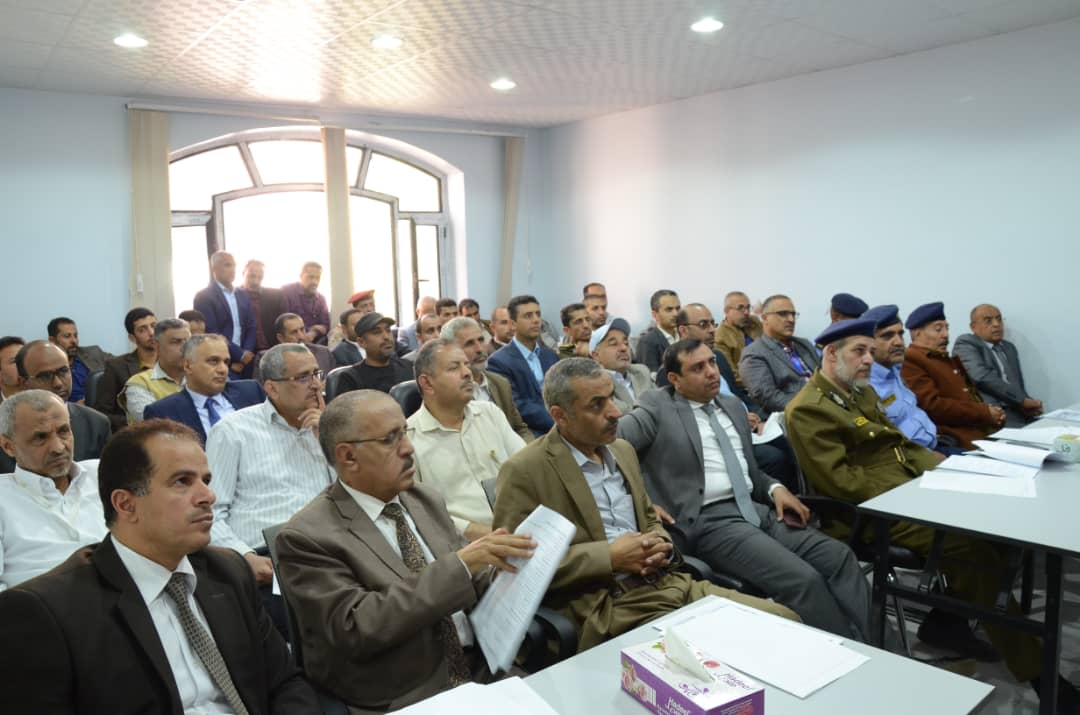 CAMA represented by Airports Sector organized on 24th February 2021 a Discussion Seminar for the concerned authorities on executing the airports emergency plan, its goals and knowing the tasks and responsibilities of the related authorities when an emergency event takes place. In the Seminar, the Chairman of CAMA- Dr. Mohammed Abdulkader stressed on the importance of the seminar to discuss the emergency plan related to the civil aviation and Met. and exchange of necessary opinions and suggestions by the participated authorities aiming to strengthen the cooperation between these authorities and work in the spirit of one team.
He said: “to insure the safety of lives and rescue equipment, we have to establish and update comprehensive and complete emergency plans for the airports to avoid the disasters and acts resulted by terrorist acts or unlawful interference or unintended humanitarian mistakes by the pilot or the engineer or incidental and sudden technical failure in the aircraft, a matter which requires cooperation of all in such cases. He also pointed out that each authority shall know its tasks and responsibilities towards the emergency cases and that the work in this field should be under a very high degree of preciseness according to the tasks and responsibilities of each authority associated with the plan in order to insure a rapid and coordinated response.
In turn, the Asst. Deputy Chairman of CAMA for Airports Sector- Mr. Yahya Al-Kohlani indicated that the seminar aims to get acquainted with the tasks and responsibilities of each authority participating in the emergency plan and cope with the related developments and changes. He also pointed out that it is supposed to be executed in the field but the current condition of war and aggression had prevented that, therefore it shall be updated in the library and make sure that it fulfills the conditions and requirements of the ICAO. He appreciated the support of CAMA’s leadership by paving any difficulties facing the procedures of updating and executing the emergency plan.
In the meantime, Mr. Saleh Al-Ahjeri- Director General of Firefighting and Rescue stressed that the updating and execution of the airports’ emergency plan is applied in all the international airports around the world. He noted that the execution of the plan came within the frame of the commitment of the Republic of Yemen as a member of ICAO applying all the international requirements related to civil aviation and airports safety. The seminar also discussed the responsibilities of the participating authorities in the plan related to the aviation accidents and the measures of executing such responsibilities and duties.
The seminar was attended by the Director General of Airports Sector- Mr. Ameen Juma’an, Dr. Mazen Ghanem- Director General of Air Transport, Dr. Naji Al-Sohmi- Dean of CAMI, Major/ Abdulkarim Meyad- Deputy Cahirman of Civil Defense Authority and a number of officials from the Ministry of Interior, Ministry of Health, Sana’a International Airport, Aviation Safety Sector, Met. Sector and Yemen Airways.