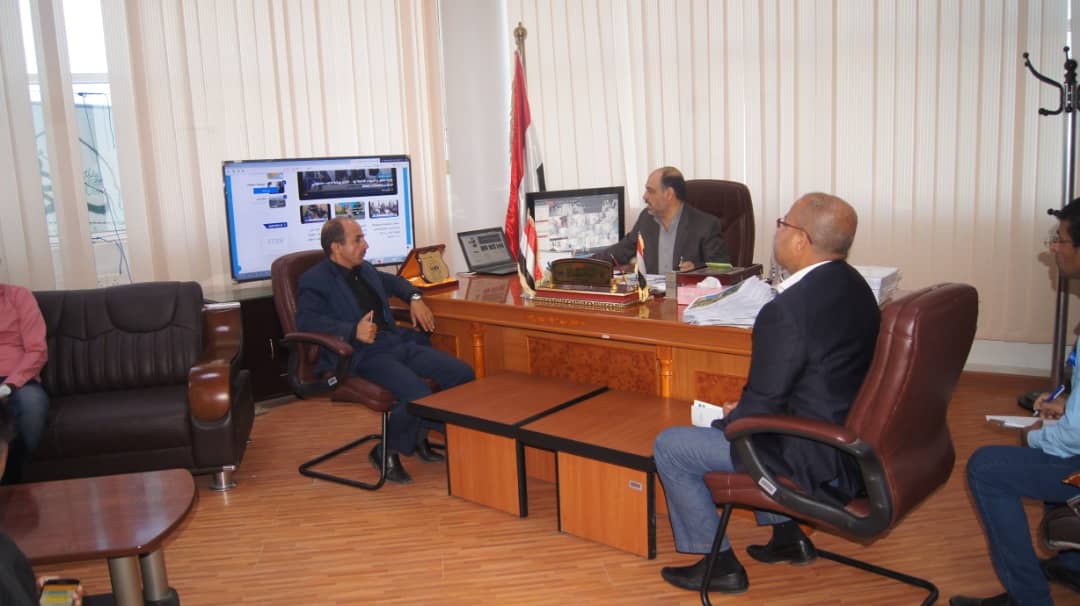 A meeting was held on 21st  February 2021 in Sana'a under the chairmanship of  the Minister of Transport- Zakaria Al-Shami to discuss the Ministry's information plan for the current year and the information training courses.
The meeting was attended by the Deputy Minister of Transport for Financial and Administrative Affairs- Mr. Adel Madani, and the Director-General of Relations and Information in the Ministry- Mr. Maeen Bahajaj, who reviewed the problems and the constraints faced by the Directorate General of Information and Public Relations and the ways to resolve them.
Meanwhile, the meeting also addressed the outcome of the first consultation meeting of media and public relations officials that was held early this month. The Minister of Transport stressed the role of the media in highlighting the achievements of the various transport sectors and exposing the crimes of aggression committed against the Yemeni people for six years in general and the transport sectors in particular.
In the meantime, he urged and encouraged them to furnish the Ministry's website with all the information and data regarding the land, air and sea transport for the benefit of journalists, researchers and those interested in the transport's sector.
In turn, Mr. Bahajaj reviewed the achievements of the last year, strategic projects, activities and events as well as the future aspirations that contribute to the promotion and development of the different transport's sectors.