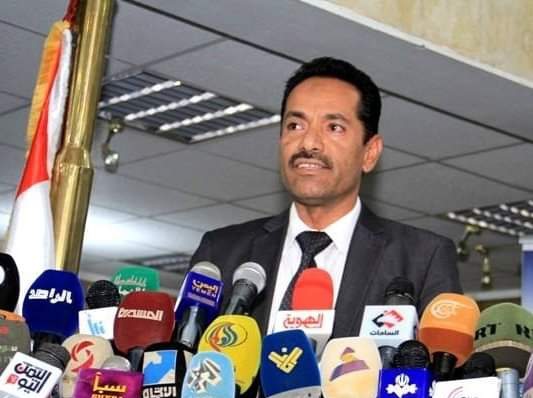 Sana'a International Airport Director- Mr. Khaled Al-Shayef stated that the airport's closure caused the death of more than 80,000 patients who needed medical treatment abroad. Al-Shayef also noted during a joint press conference with some civil community organizations on 7th February 2021 that more than 450,000 patients need to travel abroad for treatment because of the continuing aggression and deteriorating health conditions caused by the blockade.
He stated that the aggression had declared the ban on flights and the closure of Sana'a International Airport on 9th August 2016, in a flagrant violation of all the international Laws, Conventions and Instruments, particularly the Chicago Convention, pointing out that the Yemeni people have been suffering for four years and a half and that thousands of cases have died as a result of the airport's closure.
Sana'a International Airport Director explained that more than 12,000 kidney failure patients need urgent renal transplants.
Pointing also that more than 1 million patients were at risk of dying from the lack of medications for intractable diseases, and that more than 3,000 patients were registered by the Ministry of Health with heart abnormalities who urgently need to travel abroad for medical treatment.
Meanwhile, Al - Shayef reported the death of one from 10 passengers while traveling between Sana'a and Aden, Sana'a and Sayoun because of the long distance, the tough road and many military points all along the road. More than a million Yemeni citizens cannot enter the country and thousands of students inside are denied access to their universities due to the closure of Sana'a Airport and the blockade imposed on Yemen.
He added that the aggression crimes including bombing the airport continued even in the presence of some United Nations flights pointing out that these crimes will not go without prosecution.
In the meantime, Al- Shayef stated that the only obstacle to reopening Sana'a airport and lifting the blockade is the obstinacy of the aggression's States and the conspiracy of United Nations organizations, insisting that the closure of the airport had caused numerous humanitarian and health harms and disasters.
He finally added that the direct losses of the attacks against Sana'a International Airport amounted to more than $150 million US dollars.