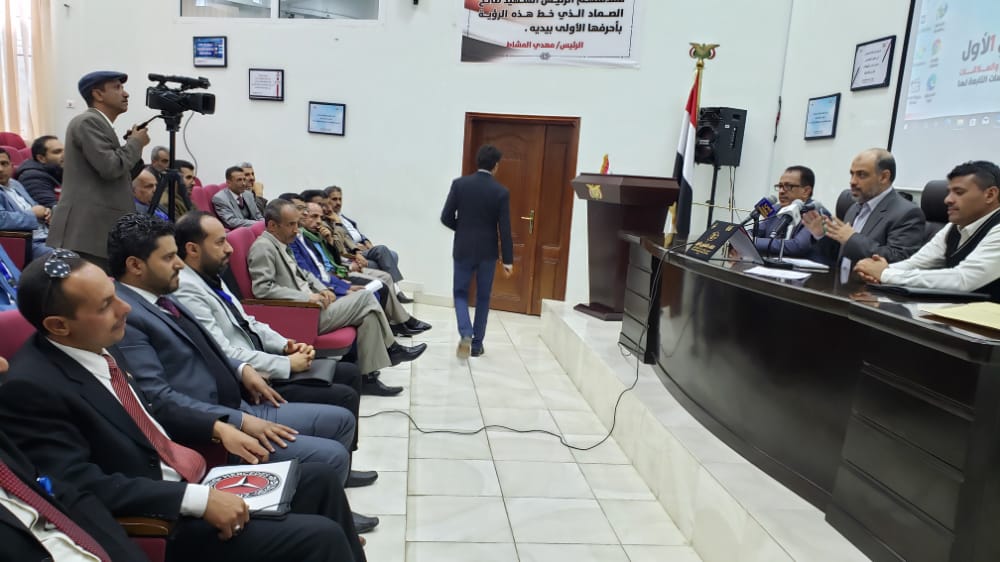 H.E. Minister of Transport- Zakaria Al-Shami considered media as one of the most important means of acculturation and awareness in the different areas. He also

Meanwhile, the Minister of Transport urges the participants to apply the knowledge they obtained on the ground in the different areas of transport and to focus on the crimes of the aggression by revealing them via the media to the international public opinion in addition to the systematic destruction that had been incurred to the transport’s sectors. He also clarified that the plan of the ministry and its affiliated authorities and corporations focuses on activating the technical and professional training and qualification programmes; clarifying that more than 38 specialized training courses were approved in the different areas of transport aiming to elevate the performance of the employees. He stressed the keenness to develop the human capacities particularly in the areas of media, pointing out to the importance of media role in revealing the crimes of the aggression and mercenaries since six years.

The meeting came out with a number of recommendations aiming at developing the media work at the Ministry of Transport such as conducting training courses next March to complete the Consultation Meeting Programme which included the art of photography, public relations, graphics & media, using media clips, information and crisis management, refuting the ways of information falsehood and misleading. The recommendations also included the issuance of an electronic magazine for the Ministry of Transport and its affiliated authorities and corporations concerned with the transport’s technical and professional affairs related to air, marine and land transport activities, achievements and various projects.

In the meantime, the recommendations affirmed the importance of boosting the coordination with the Ministry of Information and the different means of media to present an introductory picture about the performance of the Ministry of Transport, establishing media windows for the Marine Affairs Authority, Road Transport Local Corporation inside the premises of the Ministry.