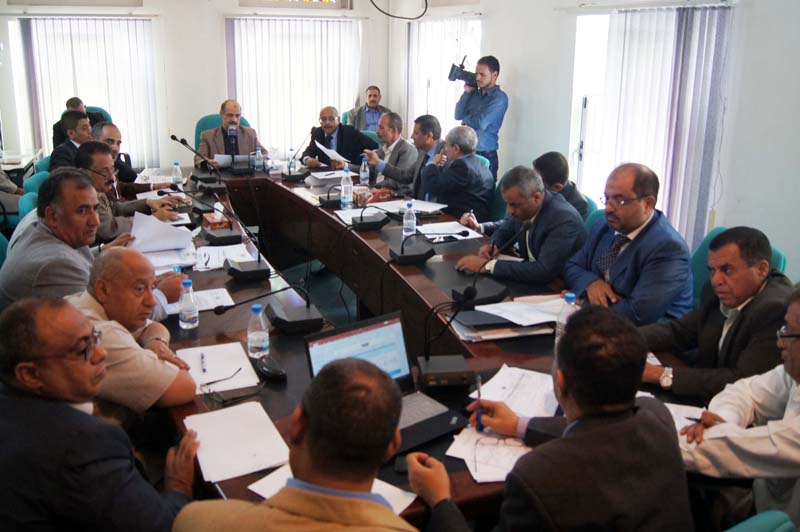 H.E. Brigade/ Zakaria Al-Shami- Minister of Transport chaired a meeting on 8th July 2019 in which he urged the Institutions and Authorities belonging to the Ministry of Transport to rapidly implement the emergent plans and projects programs for the first phase of the National Vision 2019- 2020 with regards to steadfastness and recovery phase. In the meeting that was

attended by Dr. Mohammed Abdulkader- Chairman of CAMA, Mr. Mohammed Al-Sharif- Deputy Chairman of CAMA and the chairmen of the Institutions and Authorities belonging to the Ministry of Transport, the Minister- Al-Shami stressed on the importance of taking care of the emergent projects that were included in the first phase to keep up with current developments and meet with the strategic goals of the National Vision and its executive mechanism.

He also stressed on the importance of adhering by the Sectors of Transport (air, land and marine) to the standards and provisions specified in the guidelines during the preparation of their plans for the first phase and that the first phase projects shall be of highest priority coping up with the changes and developments at different aspects.

In the meantime, the meeting focused on the projects that will be established in the emergent plan of the first phase such as the development and renovation of Sana’a Int. Airport, construction of dry ports for the Land Transport Regulatory General Authority and other project that will boost the different sectors of transport.