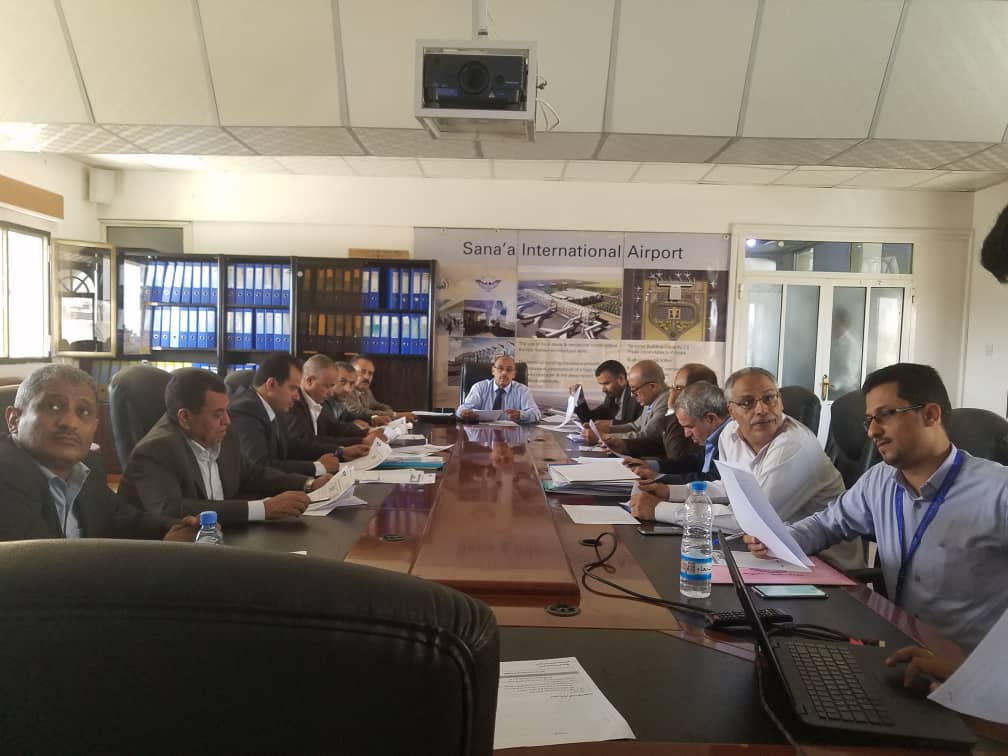 The Creativity and Innovation Main Committee held its second meeting on 29th June 2019 chaired by Dr. Mohammed Abdulkader - Chairman of CAMA- Head of the Committee during which he praised and thanked the efforts made by the members of the Committee and its Secretariat in spreading the culture of creativity and innovation among the employees and

introducing the system of innovation and creativity in civil aviation, which was adopted in order to encourage the presentation of creative ideas that contribute to the development and the growth of the civil aviation sector.

The Chairman of CAMA stressed on the importance of studying the creative and innovative ideas carefully and deeply after receiving them and making a brief research on the presented subject, its importance and type of idea whether it is developmental, creative or improvement in a manner that ensures the acceptance of the idea, displaying and applying it. After that, the Committee's Secretary presented the most important works that have been done so far for the previous period with regards to introducing the system of creativity and innovation through the seminars that were organized by the Committee at CAMA's Head Office and its Sectors, the mechanism of presenting, receiving and registering the ideas.

Meanwhile, a brief presentation of the nine ideas submitted to the Innovation and Creativity System, which were received by the Committee's Secretariat for registration, electronically input, making a preliminary analysis and impact assessment of its adoption. The idea titled "Remote Control of Electrical and Electronic Systems, Knowing the Circumstances and Surrounding Environment" was accepted and forming a team to develop it. The Committee also applauded all the presented ideas, the level of interaction and participation. The Committee considered that each idea should be studied comprehensively, discussed, accepted and applied at the next meeting after two weeks.