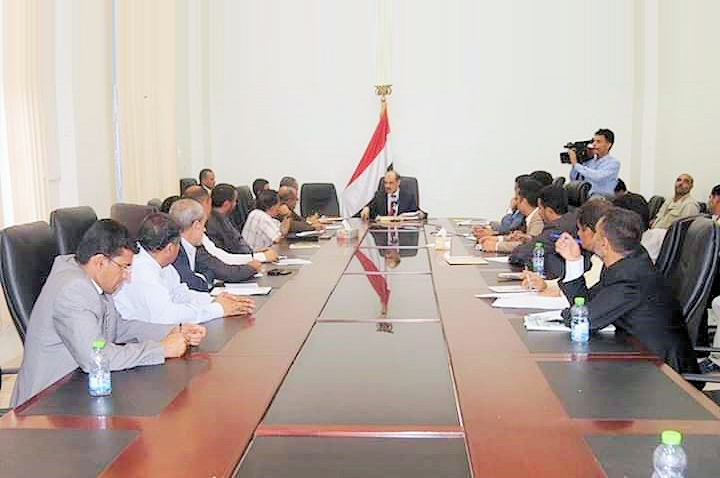 A meeting in Sana'a on 24th June 2019 chaired by Minister of Transport- Brigade/ Zakaria Al-Shami discussed the plans and programs of the Ministry, its affiliated authorities and Institutions for the second half of 2019.

The meeting, which was attended by the Chairman of CAMA- Dr. Mohammed Abdulkader, Deputy Minister of Transport of Air Transport Sector- Mr. Abdullah Al Ansi, Mr. Khalid Al Namer- of Marine and Ports Affairs, Mr. Waleed Al Wadai- Chairman of Land Transport Regulatory Authority and Captain Mohammad Ishaq- Chairman of the Yemeni Red Sea Ports Corporation. The Minister of Transport stressed the importance of work in accordance with the National Vision in all the projects, plans and future studies for the land, air and sea transport sectors.

He pointed out that the transport sector is one of the basic components of economic and social development. He also indicated that this vital sector is a link between the production and consumption centers and is a communication system locally and globally. In addition to that, he referred to the importance of the human cadres' role in raising the level of work performance in the various fields of transport stressing on the need to pay attention to training and qualifying of cadres of the Ministry, its authorities and institutions to ensure improvement of the job quality and performance so as to contribute to the development of the Transport Sector.

He urged to establish a unified and accurate database and statistics on the activities of the Ministry, its authorities and institutions. He also stressed on the importance of automating the work between the Ministry, its affiliated authorities and institutions and linking it together automatically due to its importance of work quality and improving performance.