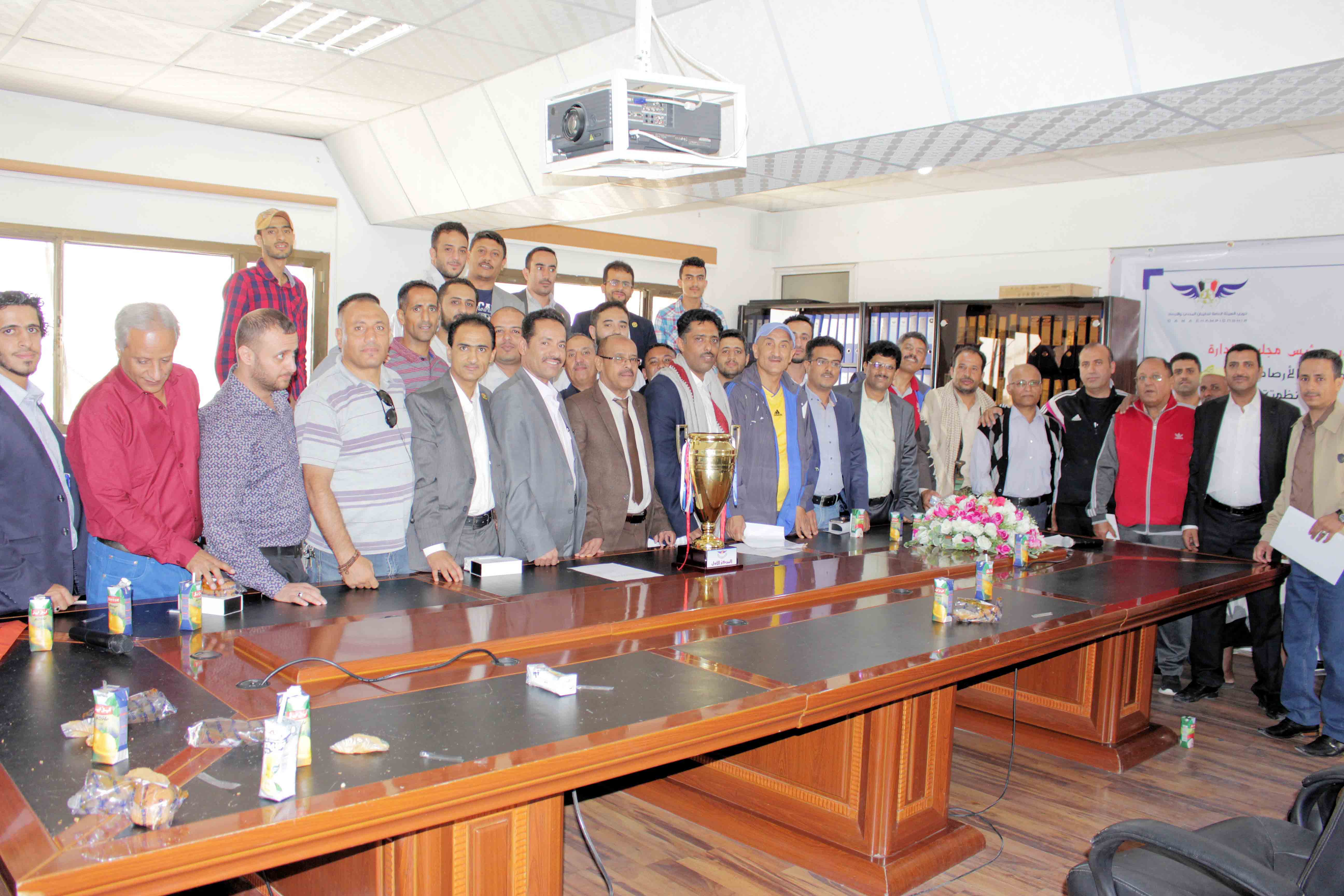 Under the sponsorship of the Chairman CAMA- Dr. Mohammed Abdulkader- the football teams that won the first positions in the First Football Championship organized by CAMA during the Holy Month of Ramadan- were honored with appreciation certificates and symbolic gifts. In the ceremony that was attended by the Sana'a International Airport Director General – Mr. Khaled Al-

He expressed his gratitude to the leadership of the Ministry of Transport for supporting the championship and raising the spirits of the players, stressing on the continuation of organizing the sports championship because of its importance in activating the brain, health of the body and developing the capabilities and skills development of the participants. In turn, Mr. Naji Al-Muragab, Head of the Championship Sports Committee praised the role of the leadership of the Ministry of Transport and CAMA for their contribution and support of the Championship which led to its success.

He also pointed out to the keenness of CAMA's leadership to take care of its cadres in the technical, professional, and administrative and sports aspects and keeping pace with the latest developments in the field of civil aviation. Meanwhile, the team of the Chairman's Office won the Championship and the Finance Team obtained the second rank during the 20-day period which included 12 teams from CAMA and its Sectors under the slogan "Sports and Health for All".