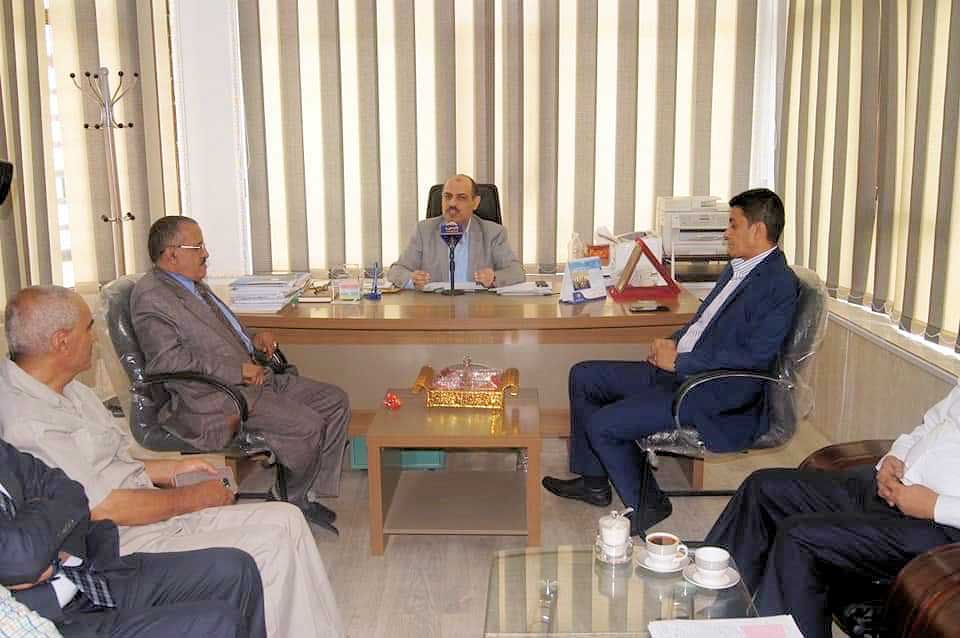 H.E. Minister of Transport- Brigade/ Zakaria Al-Shami together with the Chairman of the Yemeni Red Sea Ports Corporation- Captain/ Mohammad Ishaq, discussed today the work progress in the Civil Aviation and Meteorology Institute (CAMI) and the training of CAMA's employees in the field of civil aviation. During the visit which was attended by the Air Transport Director General-

He said: "the training and qualifying are the foundation of peoples' progress and that the advanced countries are competing in all sciences, scientific methodology and practical development". He also stressed that the qualifying contributes to the performance quality in various fields of construction and development. Mr. Al-Shami pointed out to the level of the Institute's training and qualification in the field of civil aviation and meteorology. He added that the contribution of the Institute to the training of 700 trainees in the fields of civil aviation and meteorology through the implementation of approximately (33) training courses during the first half of this year is considered a positive step by the leadership of the Institute which deserves praise and appreciation.

In addition he mentioned: "we have a future study plan which is the establishment of an academy for land, air and maritime transport on the basis of international foundations and standards in training locally and internationally." He expressed the anticipation of the Ministry that CAMI Institute is to be as a paradigm in the development of the training process for the employees of the Ministry of Transport, its institutions and authorities to compete the developed countries in its curricula and training of the cadres capable of construction and comprehensive development.

The Minister of Transport listened to an explanation from CAMI Director General- Mr. Naji Al-Sohmi clarifying the work progress of training in accordance with the plans and studies that were prepared earlier this year. He added that the Institute provides training services in accordance with the international standards of the International Civil Aviation Organization (ICAO) through training cadres with international expertise and new technical, professional and administrative curricula. He also pointed out that the plans of the Institute in the field of training during the next phase, which will contribute to the promotion and development of civil aviation and meteorology.