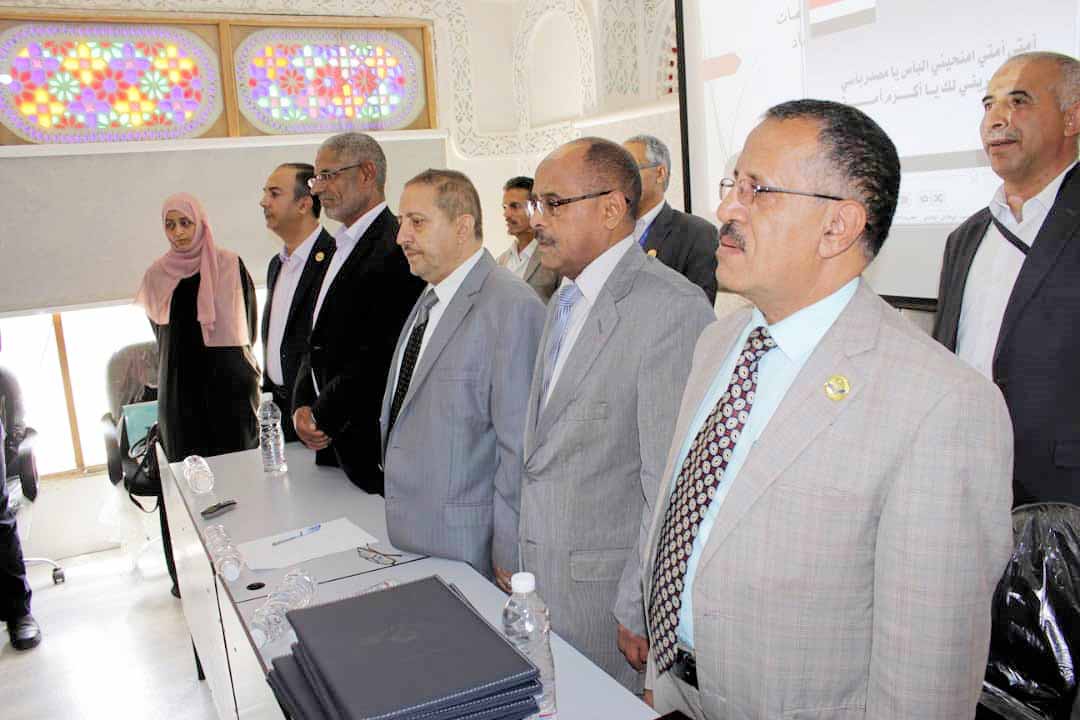 The workshop on "Tenders and Auctions and Its Procedures" that was organized by CAMA in cooperation with the Tenders and Auctions Control Supreme Authority concluded on 19th April 2019 in the Civil Aviation and Meteorology Institute (CAMI).The workshop aimed at providing (49) participants from various sectors of CAMA with skills in the field of public procurement, tenders

and auctions Law, how to prepare tender documents, analyzing and evaluating of bids and managing contracts.

In the conclusion ceremony, the Chairman of CAMA- Dr. Mohammed Abdulkader stressed that the workshop is of great importance because it relates to tenders, auctions and the first workshop dedicated to educating the employees in this field of the Provisions and Laws of Tenders and Auctions and informing them of the duties and powers of Tenders and Auctions Control Supreme, technical commissions and procedures that should be followed for the implementation of procurements in order to protect the public money and combating corruption.

The Chairman praised the efforts that were made to succeed the workshop by CAMI, trainers and participants wishing that the workshop had achieved its objectives. He also pointed out that despite the financial difficulties faced by CAMA, however, attention was paid to training and qualifying in order to prepare the technical, administrative and financial cadres who are capable of promoting the work, stressing on the need and importance of applying the what they have received during the workshop and to be reflected on their practical filed and transfer the knowledge they acquired to the rest of their co-workers.

Meanwhile, the Director General of CAMI Mr. Naji Al-Sohmi welcomed the Chairman of CAMA and the attendees, praising all the efforts made to make this workshop a success. He also welcomed the participants and their commitment to attend, stressing the readiness of the Institute to join cooperation relationships with all the initiatives and Governmental institutions to exchange the experiences and hold such workshops and courses for the benefit of the employee. He pointed out that the Institute under the support of the Chairman of CAMA over the past three months; CAMI trained 570 participants through 25 training programs.

This was followed by a speech delivered by Mr. Amin Sadaqa in which he expressed his thanks and appreciation to the Chairman of CAMA for his interest in training and qualification, praising the great efforts exerted by the trainer and his assistant during the workshop which greatly contributed in its success and coming out with good benefit. He also praised the efforts of the participants and their keenness to make the best use possible, stressing on the application of all the new knowledge and experiences they received during the workshop in practice.

On his part, the workshop's trainer- Mr. Mohammad Al-Kohlani gave a speech in which he praised the level of arrangement, organization and preparation of the workshop and the efforts of all participants and their commitment and remarkable high efficiency, stressing on the need for effective implementation of all what they received during the course in their practical work.

After that, the Chairman of CAMA together with Dr. Abdulrahman Al-Arashi- Chairman of the Tenders and Auctions Control Supreme Authority, Mr. Abdulrazaq Al-Akhali- Member of CAMA's Board of Directors, Mr. Salah Al-Ameri- DG of CAMA's Legal Affairs and Director General of CAMI- Mr. Naji Al-Sohmi distributed the certificates to the participants.