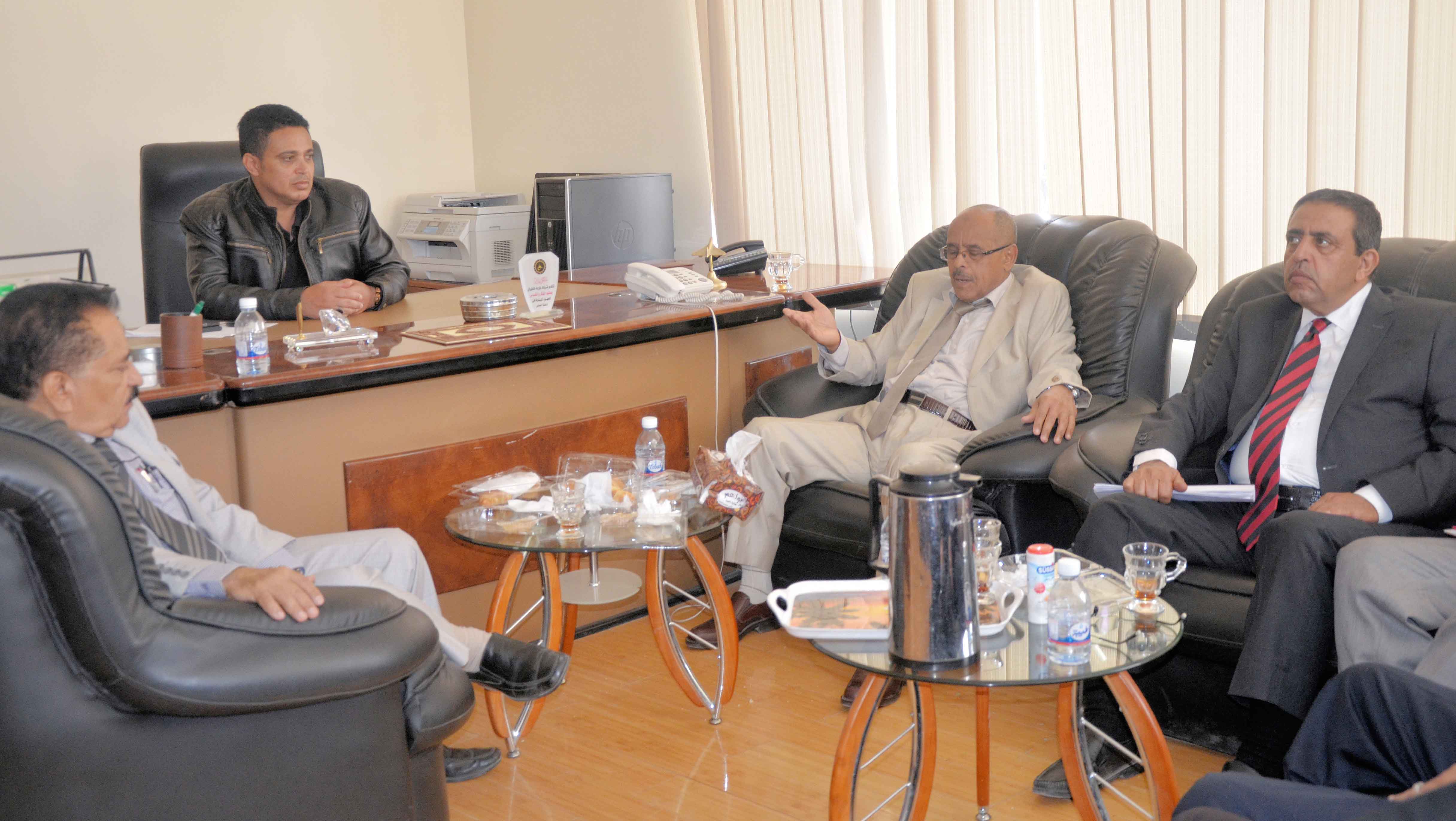 During the visit, the Chairman of CAMA met with the Directors General of the sector, Inspectors and discussed with them all the procedures related to Aviation Safety and Inspection works. He listened from them to a brief explanation of the nature of their duties, work progress and level of performance as well as the difficulties they are facing in their work.

The Chairman of CAMA stressed on the importance of working in high professionalism and in the spirit of one team in order to promote the work performance, noting the interest of CAMA's leadership in training and qualifying the cadres of the Sector to ensure the development of capabilities in the field of civil aviation. In addition, he emphasized the importance of internal training benefiting as much as possible from the Yemeni trainers who are not less efficient than their counterparts in the other countries. He looked at the constructional works of expansion that is currently taking place in the Sector's Building.

During such visit, the Chairman of CAMA was accompanied by Eng. Mohammed Hameed- Asst. Deputy Chairman of Meteorology Sector.