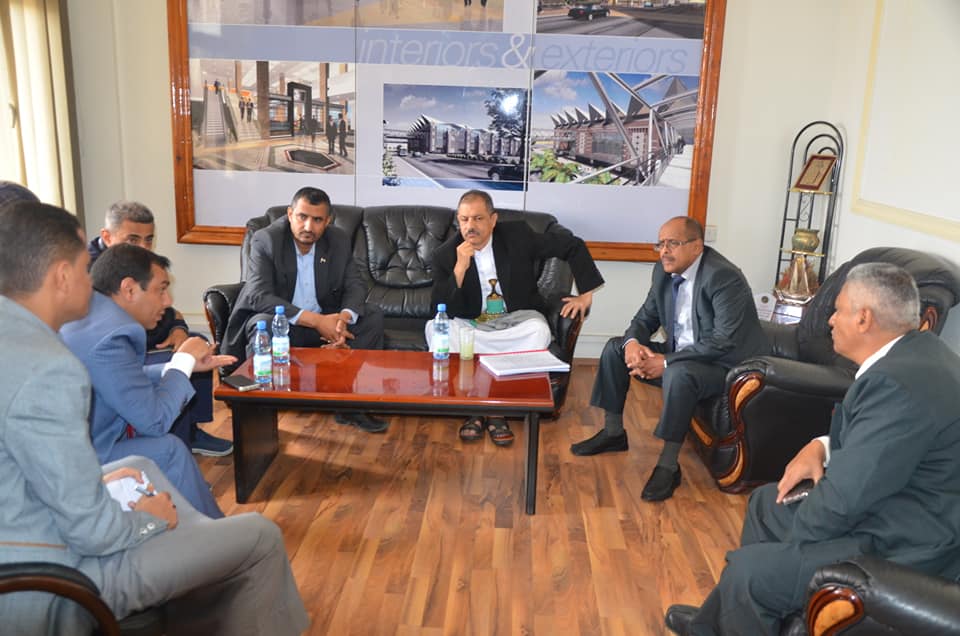 will be proposed by the Committee assigned to solve such problems through the direct support of H.E. Minister of Transport and the Chairman of CAMA that shall protect the lands of the airport by protecting them against any assaults or illegal constructions. During the meeting, Chairman of CAMA expressed his thanks and gratitude for the great facilitations provided by the governor of Taiz and the leadership of the Local Authority in determining and marking the airport's campus.

In turn, the Governor expressed his readiness to cooperate in all that would protect the airport's campus from all aspects of abuse or assault and take all necessary legal measures to deal with any illegal and haphazardly constructions in the lands designated for the airport's campus. This will ensure the facilitation of safe and secure flights from and to Taiz Airport in accordance with the international standards and stipulations of operating airports.