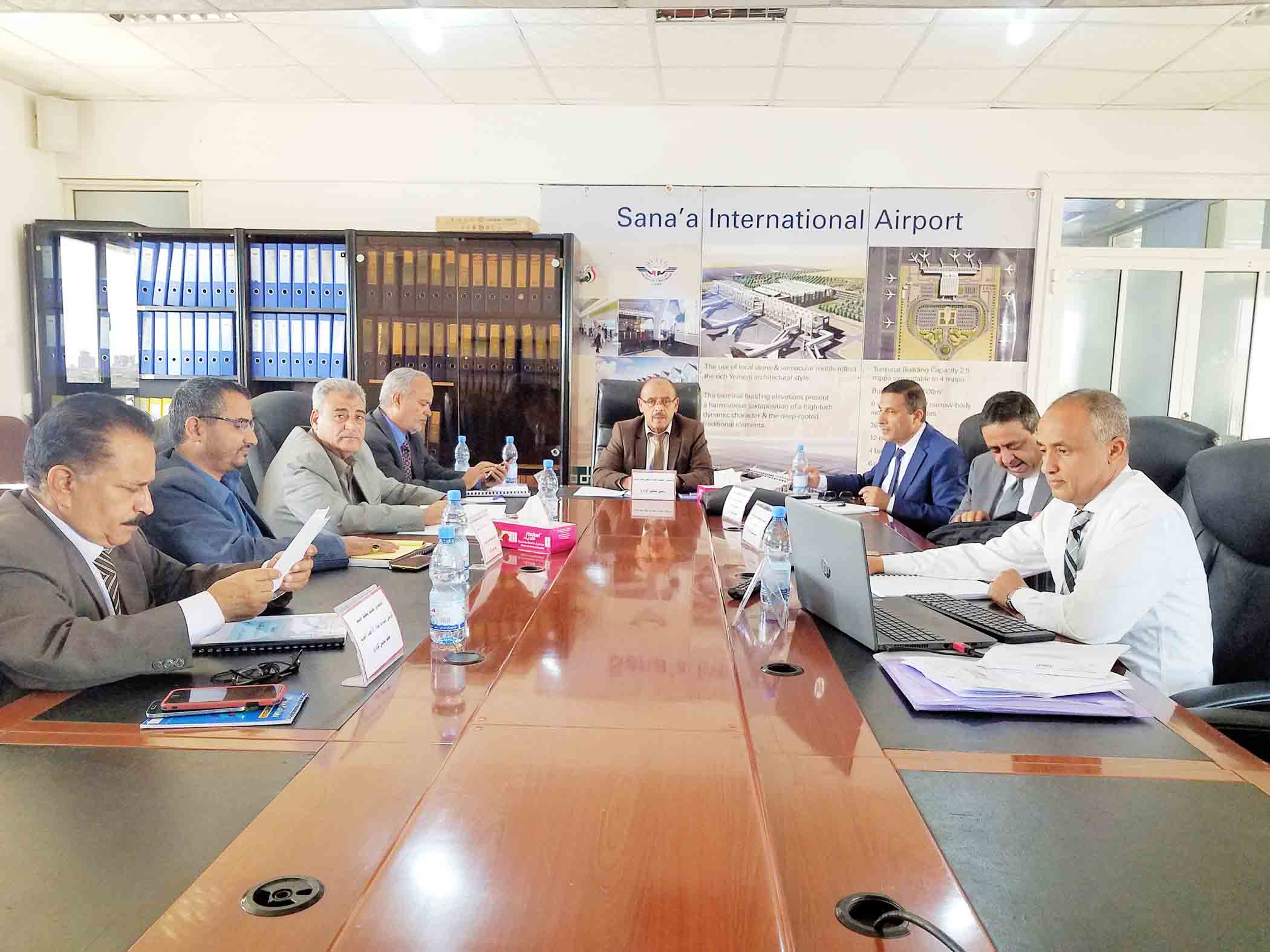 CAMA Board of Directors held on Monday 24th June 2019 its second periodical meeting for year 2019 chaired by Dr. Mohammed Abdulkader - Chairman of CAMA.

that were conducted during the period from January to June 2019 in addition to discussing the proposal of the Air Transport Directorate General to be adopted as a Sector in the Organizational Structure of CAMA.

They also looked at the report submitted by the Planning & Projects Directorate General regarding the new buildings and facilities that are needed by CAMA as well as discussing the report submitted by the Committee that was assigned to communicate with the Yemeni Center for Remote Sensing and how CAMA can benefit of installing the Remote Sensing System in its works and activities to limit the assaults and offensives on the lands and properties of the airports.

At the end of the meeting, the Board of Directors took a number of decisions and recommendations on the above mentioned issues.